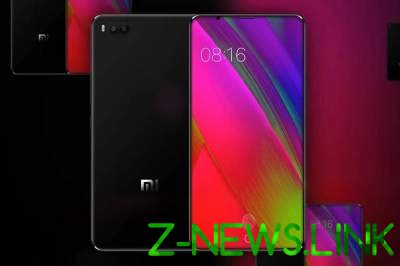 For anybody not a secret that in the period from February to April 2018 to be held the announcement of the flagship smartphone Xioami Mi 7.

This mobile device is credited with many different features, one of which will be edge-to-edge display with an aspect ratio of 18:9, but until today no one knew exactly how it would look like this camera.

A few hours ago, the resource GizmoChina, which is famous for reliable information, shared images that shed light on the design and features of future trends. The images show that Xiaomi Mi 7 just fine, since it is equipped with edge-to-edge display with an aspect ratio of 18:9, which occupies almost all the space on the front part.

The design of the front side of the mobile device very much resembles iPhone X, but with one significant difference – the flagship Xiaomi no “horns” at the top, who complain many owners of the flagship “Apple” of the Corporation, because they only interfere with the content.

If to speak about the appearance of the back cover of the smartphone Xiaomi Mi 7, it is made of glass. To use this material, the Chinese Corporation has decided to implement support for wireless charging standard Qi. In addition to the induction coil on the back of mobile devices has a place for a fingerprint scanner, and dual main camera with horizontal sensors. Main frame of the flagship on which rests the whole phone, made from real steel to give increased strength.

According to preliminary information, the Xiaomi Mi 7, which can be seen on the images include the 5.65-inch display with an aspect ratio of 18:9 and a resolution of 2160 by 1080 pixels (Full HD+), a powerful 8-core Qualcomm Snapdragon processor with 845 2.8 GHz, graphics accelerator Adreno 630, 6 GB of RAM and 128 GB of permanent flash memory, USB connector Type-C, as well as modules Bluetooth 5.0, Wi-Fi 802.11 ad and NFC payment system Android Pay.

The official announcement of the Xiaomi Mi 7 to be held in the spring of 2018, although there is a small probability that this Chinese manufacturer will announce its first mobile device outside of China in Barcelona at the MWC 2018 at the end of February. 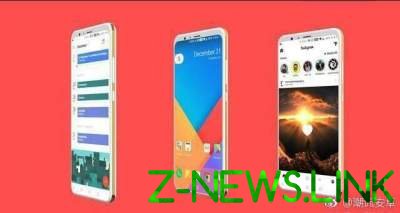 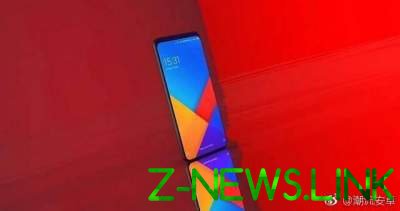