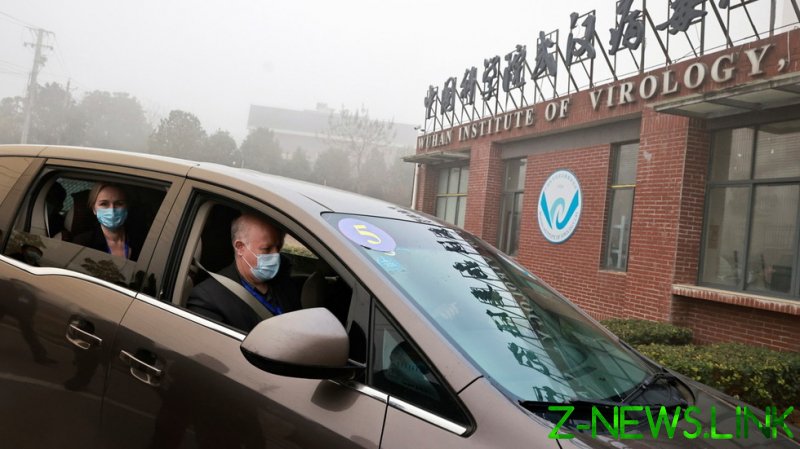 The independent expert team returned this week from a month-long fact-finding mission to Wuhan, where they were searching for a better understanding of how the Covid-19 pandemic started. Their mission was subject to politically charged attention, stemming from widespread accusations from some Western officials that the Chinese government had conducted a cover-up of the original outbreak in the Hubei Province and its capital.

The scientists, who worked under the auspices of the World Health Organization (WHO), returned with new data and plans for further investigation. The coverage in the Western press, however, focused on parts of their investigation that came up short on expectations and alleged pressure put on the team by Beijing.

One particular story of that kind was run by the New York Times, titled “On WHO Trip, China Refused to Hand Over Important Data.” This was angrily rebuked by two members of the probe, who were extensively quoted in it. British zoologist Peter Daszak tweeted a link to the article on Saturday, commenting that “this was NOT my experience” and that the team “DID get access to critical new data throughout.”

Danish epidemiologist Thea Kolsen Fischer, a fellow investigator, agreed, saying the same was true on her side of the mission.

“Allowing for heated arguments reflects a deep level of engagement in the room,” she said, referring to the Times’ framing of debates between visiting scientists and their hosts as something abnormal and indicative of obstruction by the Chinese side.

Daszak added that after spending much time explaining to the media the key findings made by himself and others in China, it was “disappointing” to see “our colleagues selectively misquoted to fit a narrative that was prescribed before the work began. Shame on you [New York Times].”

The WHO-mandated panel is yet to present its final report on the Wuhan mission, but they have made their general conclusions public. Some of these confirmed the generally accepted theory of the coronavirus transmission from bats to humans via a yet-unknown intermediary animal. The team also agreed to further investigate the possibility of transmission through packages of cold-stored food, which some Chinese scientists favor over the alternative.

The team all but ruled out the ‘virus lab leak’ theory, which was the preferred line of attack against China by the Trump administration. The Biden administration’s rhetoric so far has been less openly accusatory towards Beijing, but it nevertheless has been highly skeptical about China’s intentions.

Commenting on Saturday on the WHO mission’s return, National Security Advisor Jake Sullivan said the Americans “have deep concerns” about the probe’s early results “and questions about the process used to reach them.” President Biden’s decision to reverse the Trump-era withdrawal from the UN health body “means holding it to the highest standards” of transparency and accountability, the official added.

Beijing hit back on Sunday, as its embassy in Washington remarked that Trump has “severely undermined multilateral institutions, including the WHO, and gravely damaged international cooperation on Covid-19.” Now the Biden team is “acting as if none of this had ever happened” and “pointing fingers at other countries who have been faithfully supporting the WHO and at the WHO itself.”

Washington should “hold itself to the highest standards, take a serious, earnest, transparent and responsible attitude, shoulder its rightful responsibility, support the WHO’s work with real actions and make due contribution to the international cooperation on Covid-19,” the statement added. “The whole world will be looking.”