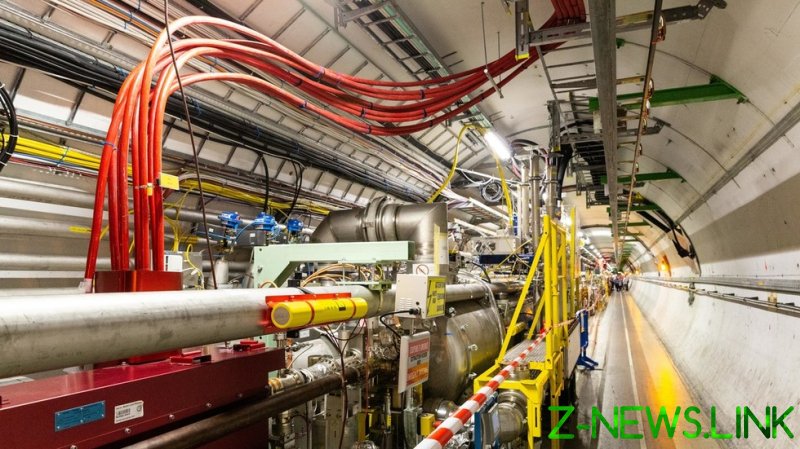 The agency is now working on contingency plans that could even see the LHC shut down to reduce energy consumption at peak times, he told the Wall Street Journal on Sunday.

“Our concern is really grid stability, because we do all we can to prevent a blackout in our region,” Claudet said. However, the scientists will seek to keep the LHC operating and try to avoid a sudden shutdown of the $4.4-billion machine, he added.

The LHC is one of eight particle accelerators located at CERN’s sprawling complex on the border between France and Switzerland. It is also one of France’s largest energy consumers, requiring some 200 megawatts of power during its peak operation periods. The entire nearby city of Geneva consumes only around three times that amount.

CERN is hoping to reach an agreement with its energy supplier – the French state power giant EDF SA – and wants at least a day’s notice in the event that it has to reduce its energy consumption. 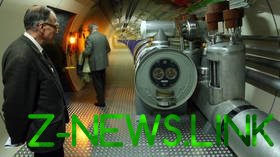 Under its current strategy, the center would shut down other accelerators to lower its consumption by 25% but keep the LHC operating, Claudet said.

Shutting down the LHC would save another 25%, according to the energy management panel head. However, it would also set back any experiments involving the collider by weeks, since it requires a large amount of power even when it’s not being used. CERN is now working on a plan to present to the governments that fund the center later in September.

Europe is facing an acute energy crisis linked to Brussels’ plans to rid the bloc of Russian energy supplies amid Moscow’s ongoing military operation in Ukraine. Russia has also reduced its gas exports to Europe, citing technical issues related to sanctions that the West has imposed over the conflict.

France is facing additional energy supply setbacks after corrosion was discovered on piping used in some of its nuclear reactors. Some 12 of these were taken out of operation for repair, further reducing the country’s power supply.