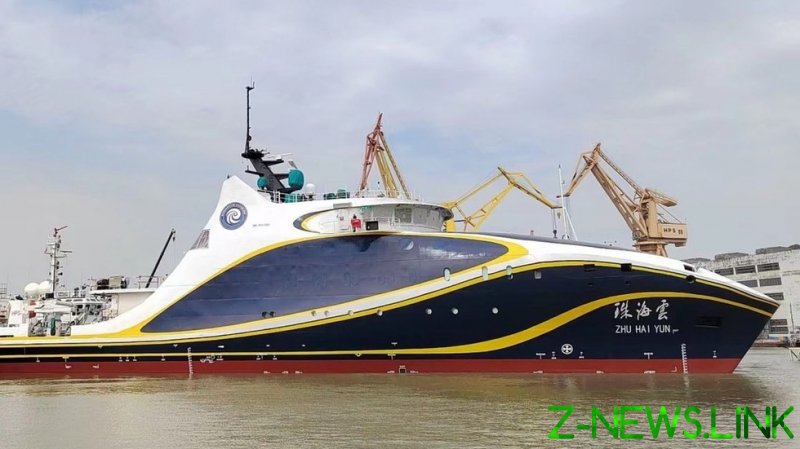 China has unveiled the world’s first autonomous drone carrier vessel, which can be used for both maritime research and security purposes, hosting dozens of unmanned planes, local media have reported.

According to the South China Morning Post, the launch of the 88-meter ship named Zhu Hai Yun took place on Wednesday. The vessel can either be controlled remotely or navigate autonomously in open water, the report said, adding that it will contribute greatly to marine scientific research and observation. The Zhu Hai Yun could be deployed for marine disaster prevention and offshore wind farm maintenance, China’s Science and Technology Daily reports.

Aside from these civilian uses, the carrier could also reportedly be deployed to intercept “invasive targets.” 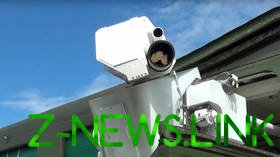 The Zhu Hai Yun, which aside from a swarm of drones hosts unmanned ships and submersibles, is able to navigate without human intervention thanks to a unique on-board artificial intelligence system. Called the Intelligent Mobile Ocean Stereo Observing System (IMOSOS), it was developed by the Southern Marine Science and Engineering Guangdong Laboratory.

Speaking to the Science and Technology Daily outlet last year, Chen Dake, the director of the laboratory, said the “intelligent, unmanned ship is a beautiful, new ‘marine species’ that will bring revolutionary changes for ocean observation.”

The drone carrier can reach speeds of up to 18 knots (33km per hour), Chinese media reported.

The Zhu Hai Yun, all parts of which were designed and manufactured in China, is expected to enter service by the end of the year.

Turkey has also been pursuing similar technology. Last May, Forbes reported that national drone manufacturer Baykar had come up with a way to turn the Anadolu assault ship into a drone carrier. But judging by media reports, Ankara has not yet carried out the project.