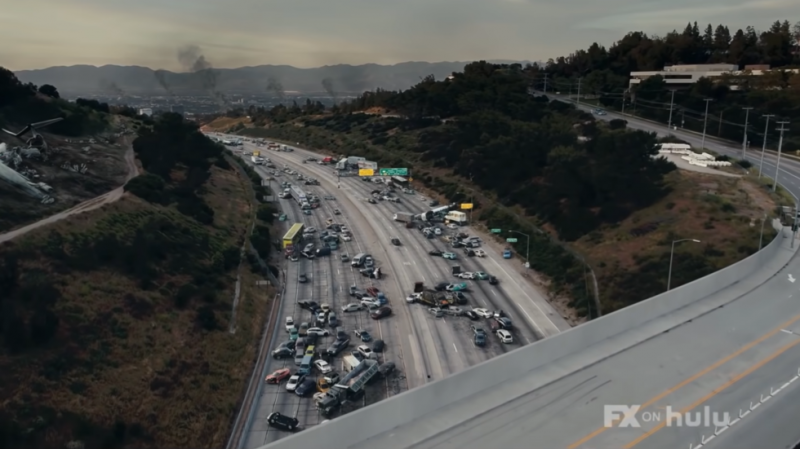 In mid-September, the streaming service will roll out ‘Y: The Last Man’, a small-screen adaptation of the critically acclaimed eponymous 60-issue comic book by Brian K. Vaughan and Pia Guerra. The story is set in a world where pretty much every mammal on Earth with a Y chromosome was wiped out in a mysterious event, sparing for some reason only the protagonist and his pet monkey.

Earlier this week, Hulu released the first trailer for the upcoming series. The way it was promoted by one of the people involved in the project raised quite a few eyebrows.

“Hold onto your husbands,” actress Amber Tamblyn tweeted, describing the setting of the show as “a world without cisgender men” that is “run, ruined, rebuilt and rebirthed by women.​”

The highlighting of trans issues poses an obvious question of how much liberty the creative team took when adapting the story. The comics, which were published between 2002 and 2008, didn’t focus on them, but the purely biological targeting of the thing that killed all males offers little doubt about the fate of trans women in it.

But it’s 2021, so one can easily imagine studio executives ordering some setting-breaking adjustments in the name of woke storytelling – or at the very least in the name of dodging accusations of transphobia. “Trans women are women and the virus is politically correct enough to know it,” one commenter joked.

From what is known about the show, creators did deviate from the original plot, including by introducing several characters who were not in the comic books. Tamblyn plays one of them, a daughter and political heir of the (male and presumably doomed to die in the first episode) GOP US president.

Another one is notably a trans man and is played by a trans actor, Elliot Fletcher of ‘Shameless’ fame. His inclusion probably helped the show, the very title of which some people find problematic for presumably excluding trans men, to quench a portion of the outrage from that corner of the internet.

Some characters from the comic books are nowhere to be seen among the show’s cast, so (spoiler alert!) don’t expect a Russian commando girl rushing across a disrupted America to assist the mixed crew of the International Space Station with an emergency landing, at least not in season one.

The series starts streaming on September 13. Whether it goes down the path last walked Netflix’s ‘Masters of the Universe: Revelation’ to anger hardcore fans or lives ups to the rich source material is anyone’s guess at the moment.