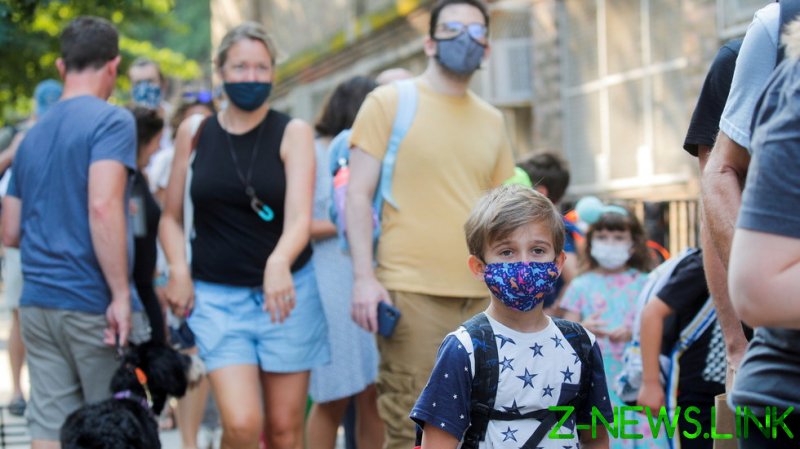 During an interview with CBS’s ‘Face the Nation’ on Sunday, Fauci said he didn’t believe Covid-19 was ever going to entirely go away. He noted that the world had only ever eliminated one infection completely: smallpox.

“We’re going to have to start living with Covid. I believe that’s the case because I don’t think we’re going to eradicate it,” Fauci told CBS.

He said the combination of the millions of unvaccinated Americans and waning protection for those who had received the initial shots had resulted in an overall diminished level of community immunity. He noted that this had raised questions about the country’s ability to fend off a potential “fifth wave” of the disease.

“We certainly have the potential to go into a fifth wave. And the fifth wave, or the magnitude of any increase … will really be dependent upon what we do in the next few weeks to a couple of months,” he said.

Describing the current infection rate of nearly 80,000 cases per day as “unacceptable,” he added that the daily caseload needed to be below the 10,000-case threshold.

Warning that the “troublesome” Omicron variant, discovered last week, might be resistant to current vaccines and treatments, he told NBC it was a “clarion call” for vaccine-skeptics and others to “put aside all of these differences” and get the shots and boosters.

He said it would be possible to get to a level of control “that’s low enough that Covid-19 doesn’t interfere with our function” and does not have a major effect on society.