‘World is bigger than five’: Turkey’s Erdogan slams ‘handful of WW2 victors’ ruling the globe during whirlwind tour of Africa 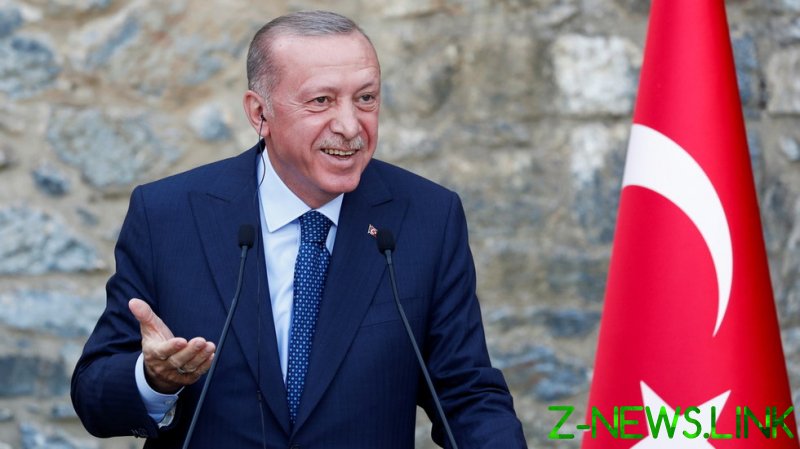 Erdogan landed in Luanda on Monday for a meeting with the president of Angola, Joao Lourenco, and a speech to the south African country’s parliament, in which he denounced the “West-centered orientalist approach” to the continent and complained about “injustices” in the current global order.

“The fate of humanity should not be left to the mercy of a handful of countries that won World War Two,” Erdogan told Angolan lawmakers.

“Today we speak the motto ‘the world is bigger than five’ and this way we fight against inequality in the world,” he said, referring to the number of permanent members of the UN Security Council.

Turkey embraces the peoples of Africa “without any discrimination,” Erdogan added, claiming that, unlike Western countries, “Turkey has no stain of colonialism in its history.” The Ottoman Empire, which the Turkish Republic replaced in 1923, used to rule Northern Africa and the Middle East.

“While the world and almost every aspect of our lives are changing, and diplomacy, trade, and international relations are going through radical transformations, we cannot think that the global security architecture will remain the same,” Erdogan said in the speech, according to Turkish broadcaster TRT.

The United Nations was established by the victorious allied powers after the defeat of Nazi Germany and Imperial Japan in 1945. While the General Assembly includes all UN members, the Security Council has five permanent members with the power of veto, China, France, Russia, the UK and the US, and ten rotating members elected for two-year terms.

Turkish diplomat Volkan Bozkir, who presided over the UN General Assembly over the past year, has advocated for a “more democratic” Security Council that would better “reflect 21st-century realities,” but the initiative has not gained much traction within the organization.

After Angola, Erdogan is scheduled to visit Nigeria and Togo. The stated purpose of his tour is to expand Ankara’s business opportunities in Africa. After the meeting with Lourenco, Erdogan promoted Turkish construction work as well as its military hardware, noting in particular that Angola was interested in Turkish-made drones and armored vehicles.