Home / economy / Wood, rushing down, made a pointless ruble investments

Wood, rushing down, made a pointless ruble investments 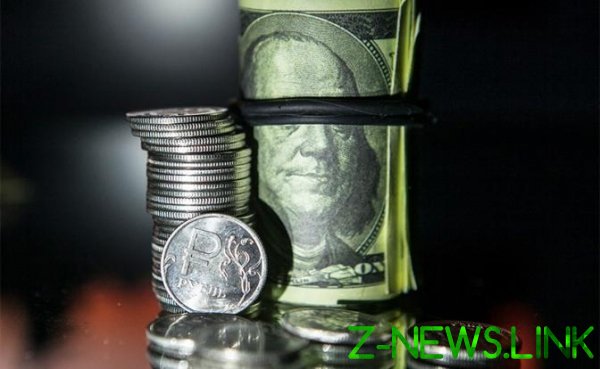 The dollar jumped under 75 rubles, the Euro by eleven rubles above. This is not the limit. Most likely, the situation will not become better in the near future. Many economists vying promise a difficult period in the near future. The reason for this sad situation, as everyone already knows, again it was the oil.

Moscow in the framework of OPEC+ are unable to negotiate with the Saudis, and in the end, hydrocarbon prices collapsed. But the oil is what keeps the ruble continues to be considered a currency. Overall, not the best scenario for Russia, at least in the short term we are definitely not waiting for anything good.

However, many foreign media, however, as some Russian, I believe the initiator of this “oil war”, dubbed as the failure of the transaction in the West, Mr Sechin. The President of “Rosneft” is supposed to be personally oversaw the removal of all restrictions on production and sale. His request was satisfied from the top, and that’s when it all started. From all this seems absurd — why hurt yourself, knowing that the Saudis are practically guaranteed in the oil market we will replay? However, in the States think that this war is actually a disguise. Supposedly, the Russians and the Arabs, by their actions, simply knock the Americans out of business with their shale oil. For example, this opinion was expressed by Bloomberg columnist Liam Denning. If the price of black gold will become so low that shale oil production will become irrelevant because of the high cost. It hardly pretends to be a brilliant decision, because now many analysts forecast for the Russian economy a bleak future.

As above mentioned, one of the most tangible manifestations of such decision “Rosneft” became the collapse of the ruble. And this, coupled with other circumstances makes it almost meaningless, not only foreign investments in the Russian economy, but also, for example, the ruble investments at all. The trend away from ruble investment emerged almost immediately after the crisis in 2014, when the Russian economy for the first time in many years, really shocked. To understand the collapse, not necessarily to delve into the complexity of the financial markets — enough to pay attention to Bank deposits. In recent years ruble always loses in yield of the dollar and the Euro and several other currencies. For example, by the middle of 2018, the yield did not exceed 7.5%. For comparison, the return on dollar deposits was approximately 23%. A year later the situation was altogether deplorable in may 2019 yield of ruble deposits did not exceed 6%, and by the end of the year — 5%.

Obviously, what a brilliant plan, Rosneft will not be able to have a beneficial effect on this situation, and, most likely, the ruble will become a less attractive currency for investors. Of course, in other directions the situation is no better — only more or less favorable ruble-denominated investment in recent years has remained metal.

For example, the ruble investment in palladium is nearly half the yield in 2018. But it was connected with the sharp rise in metal prices on the world market. It is important to understand that the happy ruble income from investments in palladium will be exclusively any regional Russian investor, completely uninvolved in the game in the global market.

Further weakening of the ruble, most likely, will be another impetus to the outflow of Russian capital to the West. Thus a high probability that Russian investors without changing the country of residence, will actively invest in foreign projects because of the reluctance to lose the return on ruble investment. So profitable.

This is the opinion of the expert on migration and business, the head of the US-based company Yuri Mosha. In his opinion, the profitability of dollar and Euro investments long become obvious, and after such collapses should not expect anything but “reorienting” the last of the investors still believed in the ruble.

— The main solution is now used by investors, disillusioned with ruble-denominated investment — the investment of money in projects that are not tied to the ruble, and not at all with him not related. It is mainly on European companies, the American company. Judging by the basic figures, the last significant advantage in this regard is associated with the great advantages of the American economy in General and the fantastic stability of the dollar, survived the centuries and do not intend to take the position. Yes, there is a Kingdom with its pound sterling, Switzerland Frank with her, but now the trend is the IT industry and European markets in this respect greatly inferior to the United States, because more and more people switch to projects in the United States. And most of the companies that now rule the world are in the US — Amazon, Google, Uber, Facebook, and so on. So the choice is obvious, and explain the love of not only Russian, but also all the other entrepreneurs in the world the American economy is not necessary.

“SP”: — it is Obvious that not all Russian investors have the opportunity to invest in such companies.

— Yes, but there are lots of alternatives. When we talk about Google and other similar companies, we mean the purchase of shares. That is, there investment possible in this way. If there is a lot of money, there is no problem — the-art technology provide the most convenient treatments for rich people. While in Russia, opened an investment account and do promotions. Then follow the quotations. In General, no need to go anywhere and a lot of effort is required. But with the development of startups appeared a trend to invest in new projects or already developing small projects. That is, that before the exchange had not yet arrived and/or are not going to reach them. Now the situation is that this trend is gradually shifted investment in U.S. real estate. The Russians, as well as a number of entrepreneurs from other countries began to invest more in business projects, not in real estate. Real estate is a reliable, little risks and so forth, but the yield is low, very low. The same projects-middle peasants, not to mention the giants can give sometimes a fantastic profit. Not necessarily even need any breakthroughs. Just running a company that has a stable income, and investors will receive their 8-15% of the investment. Such conditions not a single Bank will not offer, and no manipulation of the property is not able to sustain this profitability. And if any startup will be a breakthrough, the performance just soars to the heavens — we are talking about hundreds of percent. So a lot of options.

“SP”: — After the crisis of 2014 how much has the dollar increased investment to the detriment of the ruble?

Growth has been steady. We conducted an analysis of us companies — large and small — and found that in all segments there are Russian investments. Now after the next collapse of the ruble is nothing concrete to say, because too little time has passed, but simply by analyzing the social network, it is possible to notice the hype. People in panic are afraid to lose everything, even not the most wealthy Russians from the province think about how to invest their money in American or other foreign projects.

“SP”: — will the ruble at least some clearance on this background?

— An interesting question. Now what we see does not inspire any optimism. Now the model is this — “ruble-oil”. Oil something is wrong, and the ruble rapidly falls into the abyss. And in General what is happening in the world can only aggravate the situation — a coronavirus that the world recession. Weak currencies such as the ruble, one of the first to suffer from these factors. The prognosis is not good.