Why the US is beneficial to accuse pandemic coronavirus China 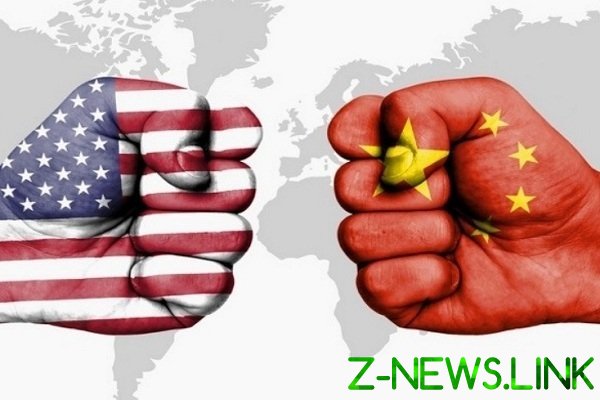 The United States decided that in pandemic coronavirus is most advantageous to blame China. About what Washington needed such accusations, said associate Professor of international security faculty of world politics of Moscow state University Alexei Fenenko.

We will remind, the President of the United States Donald trump said that if China deliberately allowed the flash COVID-19, then it needs to be consequences. According to the American leader, the United States carried out an investigation.

“I think that there will be made some basic attempts to pressure. The first is economic sanctions against China. Moreover, the President of the United States have not made such a statement, it expects to attract and the European Union”, – the expert believes.

“Trump wants to put China in some kind of position of the outcast: the country that became the “initiator” of the outbreak of coronavirus, a priori against her should be sanctioned. This is the task of the trump to date,” said Fenenko Agency RIA Novosti.

Why Washington needs charges against China

One of the main objectives of the US – to bury the Chinese project of the economic belt of the silk road. “They are, in General, is considered buried when in 2017 the European Union has not arrived at the founding conference. But it is not until the end, some hope China has”, – the expert continued.

“Now, if China would quarrel with the European Union so that the EU, even to him to lend a hand can’t, that would be a serious blow to all the Chinese projects,” added Fenenko.

But the main task of Washington is to reset debts to China. “After all, if China is guilty in this, then nothing will prevent Trump to write off part of the debt of the United States. We like this country owes nothing, says the American President. That is the task of the Americans. That is, we must expect a massive information attack on the fact that China is to blame for the current epidemic”, — said the expert.

US measures may be sensitive to Beijing, but, as experience shows, the answer from Beijing is sufficiently small. “The only thing that could make China is fully thrown on the market, all the US debt and cause a severe blow to the American economy. But dare China to take this step is the question”, — said the Agency interlocutor.