Home / economy / Why China fell in love with fiction

Why China fell in love with fiction 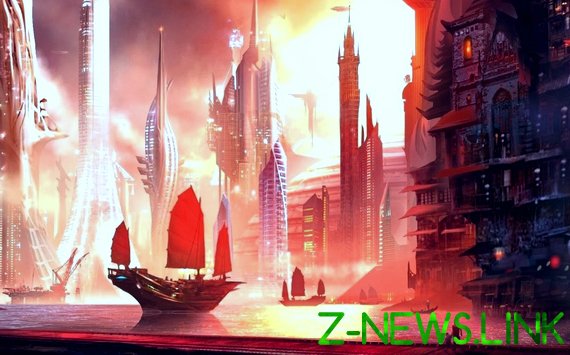 Many refer to books as entertainment. Meanwhile, China in 90 years, launched a national support program of science fiction. Why is it necessary and how did China’s largest electronics manufacturer.

Today China is one of the most powerful economies in the world, one of the leading manufacturers of electronics, and electric vehicles. Today China is innovation and quality. But those who remember the 90s and early 2000s know that back then things were very different. In those years China was a symbol of cheap low-quality products on the level of plastic toys, shoes and calculators.

Of course, about the path of China from the sale of cheap labor and counterfeit goods, to technology giant and one of the main players in the market of electronics has not written one book. There were a lot of factors, including the element of luck in China, there are deposits of most of the components for modern electronics. Some of these fields unique, and in fact, China is the monopoly of their supply. Especially when you consider the necessary market volumes.

But there is one important page in the history of China, about which they say not very often, and yet it is of great importance. And it is an investment in fiction.

Until 90-ies of fiction in China did not approve of the Party. Ban like as not, but any support she had, what in this country has brought the genre to the underground. According to various sources, between 1997 and 1999, China’s leadership concluded that the fiction they want, because that’s what mass effect fiction can push the country to a new level.

Because at that time the country was mainly engaged in the reproduction of Western technology. But this position is very uncomfortable and extremely dependent, while useful from the point of view of development of technologies and production capacities.

To create something new and completely different, it is that the engineers was not only a great education but a great imagination. And it just so happened that the rapid development of technology in the West coincided with the development of science fiction and the era of its popularity. In China decided to copy it.

Since 2000, China started to support everything that is connected with fantastic. Runs fantastic logs off. Books get support from the government. The screen is still popping Hollywood fiction movies, where the producers are Chinese companies. And by 2020, the Chinese company Huawei, Xiaomi, Meizu and Samsung control the majority of the market of mobile gadgets, take the lead on the development of network equipment of the 5th generation (5G). And yet China has now overtaken the Western world in the number of operating electric vehicles.

And this is no accident. Philosopher and one of the luminaries of science fiction , L. Ron Hubbard wrote on the subject: “Creative people play a huge role in improving the realities of today and creating tomorrow. They are at the forefront of science, responding to the needs and requirements of people. The rise of culture can be measured directly by the number of people working in the field of aesthetics”

So it was in the 19th century, when Jules Verne and H. G. wells have motivated the inventors to rise into the air and sink to the bottom of the ocean. So it was in the 40-ies, when ray Bradbury, Robert Heinlein and Isaac Asimov had written to the dreams of millions to the stars and to the Cosmos. And, as we have seen in China is still ongoing.

Maybe in time for Russia to launch its program of development of science fiction. We have all the preconditions for this – and a great school of fiction and the masters of the genre, as Vasily Golovachev and Yuri Nikitin. And also has a large interest in the genre. As noted in a recent interview, the General Director of the publishing house EKSMO Eugene Kopiev “about 50% of all manuscripts that arrive at publishers, it’s fiction and fantasy”. And this means that writers in our country.

Possible quality fiction is exactly what your company needs and “creative” Department, heads of organizations, who do not know where to go, and our country as a whole.