Home / WORLD / Who is on Putin’s ‘naughty or nice’ list? Kremlin congratulates world leaders at New Year… but not everyone makes the cut

Who is on Putin’s ‘naughty or nice’ list? Kremlin congratulates world leaders at New Year… but not everyone makes the cut 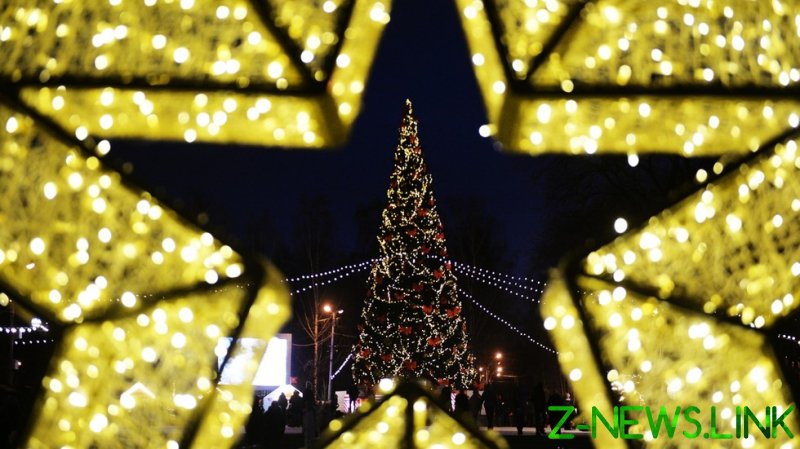 President Vladimir Putin has sent out his annual flurry of New Year messages, telegrams, and calls to foreign leaders, the Kremlin press service reported on Thursday. The list includes around 80 heads of state, ranging from close allies to historic rivals. However, if receiving Putin’s warm wishes is an indicator of a country’s foreign policy clout, many will have to work harder in 2021 if they want to be noticed.

One new entrant on Moscow’s ‘naughty or nice’ list is US President-elect Joe Biden. Putin had held back from congratulating the Democratic politician until the results of November’s vote were confirmed by the Electoral College. Now, though, he has among the wordiest dedication, with the Kremlin using a Christmas and New Year greeting to set out its priorities for the relationship.

According to the President’s press service, he “expressed confidence that Russia and the United States, building relations in the spirit of equality and taking into account each other’s interests, could do a lot to strengthen stability and security at the regional and global levels.”

Outgoing President Donald Trump, by contrast, might be disappointed with his slimmed-down message. While Biden’s includes a clear set of diplomatic asks, Russia clearly thinks the current White House has run its course and settles for wishing Trump “good health” and “cheerfulness.”

Among those on Putin’s regional list is Belarus, where his embattled Belarusian counterpart Alexander Lukashenko gets a lukewarm telegram. The veteran leader has faced waves of mass protest since claiming victory in an August poll that opposition parties, and many international observers, say was rigged. While acknowledging “the difficulties faced this year,” Putin hoped the two countries would continue to work together to “strengthen security and stability in the Eurasian space.”

While tensions with Turkey have at times seemed fraught, given ongoing conflicts in both Syria and the disputed province of Nagorno-Karabakh, Putin’s message to President Recep Tayyip Erdoğan was positively glowing. He “noted with satisfaction the progressive development of Russian-Turkish relations in all key areas.”

Another country that might have narrowly escaped the naughty list this year is the UK. Over the summer, the country’s Parliament published an explosive report that claimed Russian influence in constitutional votes. It was widely utilized by activists to push for a tougher stance towards Moscow, but faced criticism over its lack of evidence for the conclusions it was used to support.

In a congratulatory message to Queen Elizabeth II and Prime Minister Boris Johnson, Russia’s head of state cautioned that much would be gained by improved relations, but they could only proceed “on the basis of equality, mutual respect, and consideration of each other’s interests.”

Which countries are in line for Putin’s best wishes is as telling as which are left off, with speculation that the ‘naughty list’ is the one that isn’t made public. A number of former Soviet Republics with whom Moscow has seen tensions escalate have missed out on the President’s festive cheer in the past. This year, Ukraine, along with Baltic nations Estonia, Latvia, and Lithuania, have all been overlooked once again.

One conflict between former members of the USSR that the Kremlin did appear to weigh in on was over the disputed province of Nagorno-Karabakh. Russia has sought to play the role of a neutral broker, with a Moscow-backed ceasefire pausing the bloody fighting between Azerbaijan and Armenia. However, with reports that Baku is continuing to push its troops across the established border with its neighboring state, there were hints of the president’s views on the matter.

In comments to Armenia’s President and Prime Minister, Putin “expressed the hope that the difficulties and hardships brought by the outgoing year will remain a thing of the past.” He also added that “we have fully seen the importance of friendly, allied relations between our countries.” On the other hand, in a more sternly worded message to Azerbaijani leader Ilham Aliyev, he emphasized the need for “peace, security, and stability in the Transcaucasian region.”

President Putin will speak to Russians as part of an annual televised address due to be broadcast later on Thursday.