WHO classes Indian Covid-19 variant as ‘global’ concern, amid worries of vaccine resistance 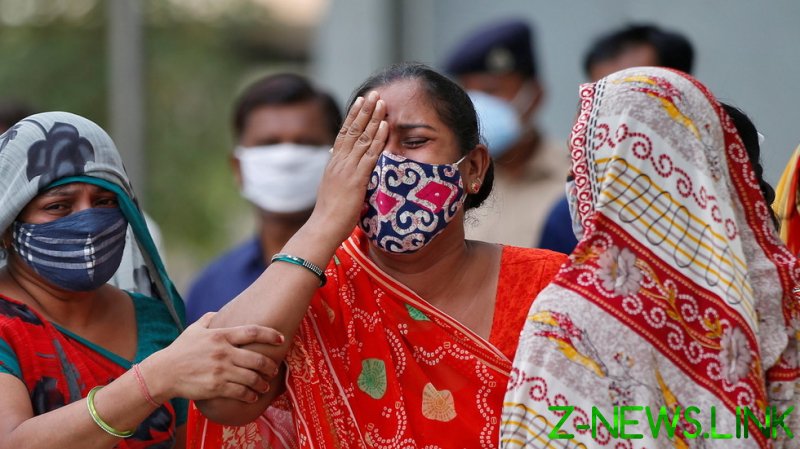 First identified in India last year, the B.1.617 strain is believed to be behind the wave of infections and deaths in the country in recent months. More than 400,000 cases were recorded on multiple days last week in India, with deaths hitting a record 1,187 on Friday.

“We are classifying this as a variant of concern at a global level,” Maria Van Kerkhove, the WHO’s technical lead for Covid-19, told a briefing in Geneva, Switzerland, on Monday.

“There is some available information to suggest increased transmissibility,” Van Kerkhove added.

The Indian variant is the fourth such strain of the novel coronavirus to be designated a “variant of concern.” Mutated strains first discovered in the UK, South Africa, and Brazil have all received this classification, and Van Kerkhoeve said last week that the WHO is currently tracking 10 different variants worldwide, with less-concerning ones classified as “variants of interest.”

The WHO gives variants its most serious classification if there is evidence of increased transmissibility, increased virulence, or increased resistance to vaccines and treatment. WHO Chief Scientist Soumya Swaminathan caused a stir last week when she told AFP that the B.1.617 variant displayed mutations “that could make [it] resistant to antibodies that are generated by vaccination or by natural infection.”

However, Swaminathan said on Monday that she had been “misquoted,” and that there is no data yet on the Indian variant’s “impact on diagnostics, therapeutics or vaccine effectiveness.”

England’s Chief Medical Officer Chris Whitty told a media briefing on Monday that B.1.617 appears less likely to be vaccine-resistant than other mutated strains under investigation, but further data needs to be gathered on the subject to “give us an answer one way or the other”.

One study has found the Indian variant to be more resistant to antibodies, but the findings have yet to be peer-reviewed. With a full situation report on the variant to be released by the WHO on Tuesday, the agency’s official line remains that current Covid vaccines “remain effective at preventing disease and death in people infected with this variant.”