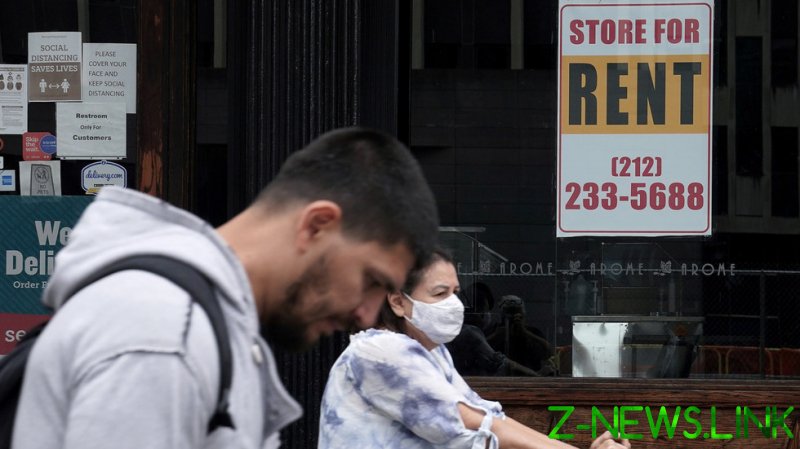 The $900 billion “stimulus” bill previewed by Congress on Monday is far less than Democrats demanded, holding up new relief for months in what their leaders practically admitted was aimed at influencing the 2020 election. It allocates $166 billion for direct payments of up to $600 per individual – now including some illegal immigrants – which may go out as soon as next week if the bill is approved.

Another $120 billion would be for extended unemployment benefits, but now with a requirement to show documentation.

Some $325 billion will go to help small businesses – including a $15 billion subsidy for live venues, movie theaters and museums, as lobbied by Senate Minority Leader Chuck Schumer (D-New York) – but is not expected to cover more than three months of payroll.

The last time Americans received a direct payment was in April, and the check was for up to $1,200 per person. This was after just a month of economy-crushing lockdowns in the name of fighting the pandemic, which have only got worse since.

Senator John Kennedy (R-Louisiana) caught heat for saying the bill is “real help” and daring to remind Americans that the government doesn’t actually have any of that money and has to borrow it.

The absence of a “money fairy” doesn’t seem to be stopping Congress from putting up a $1.4 trillion omnibus spending bill, however. It seems to have been presented together with the stimulus in a 5,500+ page document. Reports from Capitol Hill blamed this technical difficulties with congressional computers and printers. This has also caused confusion among reporters and members of the public, unable to tell the bills apart.

One particularly egregious detail many have noted was foreign aid, from $1.4 billion for the “Asia Reassurance Initiative Act” to $500 million for Israel and $453 million to Ukraine.

Hong Kong “democracy” activists were also on the minds of Congress, apparently, to the tune of $3 million.

Even the procedure on electing a new Dalai Lama made it in.

There is also a veritable smorgasbord of pet causes. For example, there’s a fix for the “drafting mistake” in the 1996 welfare reform bill that excluded the residents of Marshall Islands – a technically independent US vassal state in the South Pacific – from the Medicaid program.

There’s a line prohibiting the Federal Trade Commission from publishing a report that says sugar consumption is bad for children.

Some $10 million was found for “gender programs” in Pakistan. An unspecified amount will be spent to investigate the effects of the “1908 Springfield Race Riot.” Then there’s laying the groundwork to establish a “Climate Security Advisory Council,” as well as a commission to address the gender inequality of… statues.

Last but not least, a body is set up to ensure the integrity and fairness of horse racing, especially when it comes to giving horses painkillers. That makes horse-racing subject to more scrutiny than, say, US elections.

The establishment’s cavalier attitude towards aiding Americans compared to their priorities of perpetuating US global presence has managed to briefly unite the left and the right, though to what effect, remains to be seen.