Home / WORLD / ‘Where does the line get drawn?’ Fans baffled as footballer is charged over social media post made NINE years ago when he was 14

‘Where does the line get drawn?’ Fans baffled as footballer is charged over social media post made NINE years ago when he was 14 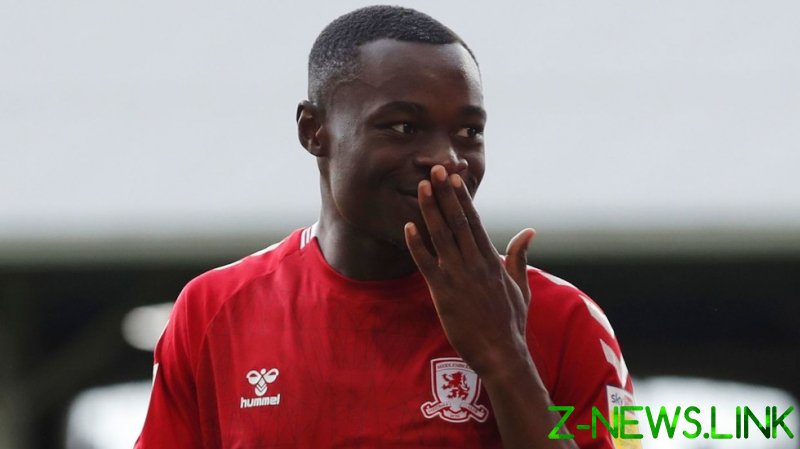 Defender Marc Bola, of Championship side Middlesbrough, has been charged with misconduct over the nine-year-old social media post, the English FA announced on Friday.

Bola was a child in Arsenal’s academy at that point, three years away from receiving the scholarship he earned among the Premier League club’s youth ranks around the time he turned professional.

The exact content of the post has not been specified, although the FA leveled the charge because the material was deemed ‘insulting and/or abusive and/or improper’, including a reference to sexual orientation.

The issue of bygone posts being dredged up and acted upon by sporting authorities has been an increasingly common and contentious issue in recent times, most notably this year when cricketer Ollie Robinson was fined and suspended for eight matches by the English and Wales Cricket Board (ECB).

Robinson had produced horribly misjudged tweets as a teenager in 2012, joking that his “new Muslim friend” was “the bomb” and claiming that “females who play video games” have more sex.

A troubling by-product of the scandal was the ‘social media lynch mob’ that many supporters pointed to, leading to a fiery debate over the validity of judging adults over misguided posts made when they were much younger.

Actor and political activist Laurence Fox was the most high-profile name to speak out in support of Robinson, calling the move a “f*cking joke” amid talk that the career of the England newcomer – who was swiftly axed by his country – was under threat.

Robinson’s club, Sussex, decided to take no further action against the 27-year-old, although ECB CEO Tom Harrison said he could not adequately express his disappointment – “however long ago” the tweets were made.

“Any person reading those words – particularly a woman or person of color – would take away an image of cricket and cricketers that is completely unacceptable,” he added. “We are better than this.”

West Ham winger Jarrod Bowen was charged by the FA in March over a tweet containing a racist term that was written when he was 15 in 2012.

Now 24, the top-flight star apologized and was given a warning and ordered to attend an FA education course.

Bola’s predicament has drawn an almost-unanimously baffled response from fans on social media, many of whom could not help seeing what they perceive as the funny side of a situation scrutinizing teenage behavior.

“At 14, I still thought wrestling was real and pretended a Shandy Bass [beer] was a can of Foster’s [lager],” reminisced one, contemplating their own foolishness. “Seems a little excessive.”

“This is absolutely stupid,” boggled another. “Show me any 14-year-old who hasn’t said or done something stupid.”

A journalist reasoned: “I’ve no idea what Marc Bola said but I’ve no doubt it must have been pretty bad for the FA to charge him.

“I’m obviously not condoning it – whatever it was – but he was 14. Where does the line get drawn?”

Others suggested that Middlesbrough’s social team should be checking players’ social media accounts when they join the north-east club, and there were concerns that Bola has suffered at the every-ready hands of ‘cancel culture’.

“Why’s someone going through his tweets from when he was 14? Bit strange,” asked one, causing a respondent to warn: “It’s the politically-correct and woke brigade and the fact he is in public eye.”

“What a sh*t world we’re living in now,” lamented another. “I hope this woke generation is just a blip as it’s just getting silly and out of hand.”

A moderate voice cautioned: “This is ridiculous if there has been nothing similar since [from Bola].

“Surely a quiet word to get it remove and maybe send him on an educational course – but no need to publicize that, at 14, he was immature and unpleasant.”

Bola, who joined Boro from Blackpool in 2019 and has made more than 50 appearances for the club, has locked his Instagram and Twitter accounts, which have thousands of followers.

He took part in a chat about the annual Black History Month with schoolchildren in October as part of a project by the club’s foundation, and his Twitter account carries an anti-racism message, a call for ‘change through positivity’ and a link to an Instagram page which appears to be dedicated to a foundation set up in his name.

An independent regulatory commission will take the circumstances of the post into account should the case proceed to a hearing.