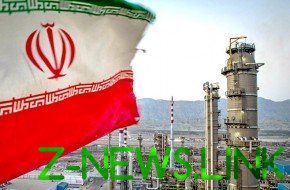 The United States military strike on Iran until canceled, instead, Washington promised to bury the Iranian economy. Will it be possible? On the one hand, Iranians have 40 years of living under sanctions and have become accustomed to many things. On the other, the country’s economic problems snowball, the authorities refuse from a number of social obligations, and the streets speak on it in protest. Who will win?

Last two years have become Iranian economy-a period of deep recession, caused by the decision of many States importers of Iranian oil to comply with the sanctions requirements of the United States. According to the IMF, in 2018, the GDP of the Islamic Republic decreased by 3.9%. Then it gets worse: in October 2019, the same Fund was published almost panic consensus minus 9.5% per year.

However, all is not so bad.

This is not Venezuela

The fact that the sanctions impact Iran have become accustomed. For example, in 2012, after the embargo on oil exports to the EU GDP fell by 6.6% and the national currency, the Rial, has depreciated against the dollar by half. But then the economy began to grow again, and in 2014, President Hassan Rouhani said that in the next 30 years, the Islamic Republic could enter the top ten largest economies in the world.

The General prerequisites for that. Unlike many other oil-producing States (including neighbors in the Persian Gulf, openly hostile to Iran), Iran’s economy well diversified, which allowed the Persians a relatively successful experience of the previous period of sanctions, culminating in 2016 with the conclusion of the nuclear deal.

An illustrative example of how the authorities worked on the complication of the Iranian economy, is the development of refining and petrochemicals. For many years the Islamic Republic depended heavily on imported fuel, but as a result of modernization of some of the leading refinery of the country of import substitution in this segment has become reality: at the beginning of last year, Iranian oil Minister Bijan Zanganeh said that his country no longer needs imported fuel.

For its part, the Executive Director of Petrochemical company of the Gulf (PGPIC) by Rabiya Jafar at the end of last year, said in an interview with Mehr that by 2025, Iran has increased the income of the petrochemical industry from the current 17 billion to 37 billion dollars a year, bringing its global market share to 6.2%. To this end, the number of petrochemical complexes will increase from 56 to 83, and the investments for them should come from China – in China, have stated their readiness to invest 280 billion dollars in the Iranian energy sector.

“Unlike so crushed by sanctions oil countries like Venezuela, Iran has a developed industrial economies and “gray” mechanisms for mitigation once the us sectoral sanctions, – said the newspaper view expert at the Institute of globalization and social movements Michael Balbus. – After all, the country has decades of experience circumventing sanctions, and the current are not something fundamentally new. Sanctions pressure began in 1979 and reached a peak shape, comparable with the current sanctions in 1996. Therefore, the analogy with Venezuela is only valid in the most General form”.

However, if you look at indicators such as GDP per capita (PPP), the Iranians have nothing to boast richer they certainly are not.

“The current situation is hopeless”

According to the IMF, in 2018, the Islamic Republic has fallen from 64th to 68th place in the world (19 377 USD per capita) and nominal GDP (5491 USD per person) was occupied 101-e a place, being between Bosnia and Jamaica, that is, countries where there is oil and gas. The reason is not only that the economy is experiencing external pressure, but to demographics: in the period from 1979 (the year of the Islamic revolution) to 2006, the number of Iranians has almost doubled. Now population growth rates are not as high but still noticeable. At the moment, Iran is home to about 82.5 million people.

See also:  France and the United States will conduct an observation flight over Russia

In the years between the millions and the government operated a secret Covenant: the people were willing to tolerate life under sanctions in exchange for the benefits distributed using the specific models of the welfare state. For example, according to the researcher this model, the scientist Kevan Harris (Hariri), living now in the U.S., in 1978, higher and secondary education received only 4.5% of Iranians and 2017, their share increased to 66%. Great progress was achieved in health, particularly in reducing child mortality.

Therefore the increase in fuel prices last autumn (despite the fact that shortly before that, Tehran proudly spoke of fuel import substitution) caused massive protests – Iranians took that as an attack on established principles of social policy. And admittedly, rightly so: the country slowly goes the dismantling of the welfare state in favor of market economy.

Another thing is that the protests in Iran, too, is no surprise: the state model of the Islamic Republic of grassroots activism and street mobilization to a certain stage accepted. Autumn “petrol” performances in many cities were rigidly suppressed, however, this has not prevented the Iranians once again take to the streets – this time in connection with the situation around the Ukrainian catastrophe “Boeing”.

“When the domestic market is capacious, developed, GDP per capita is relatively high, the standard of living, too, you can slightly tighten the belt on the basis of ideology. But the current situation looks hopeless. Because of the sanctions, frozen the main channel of currency in Iran – oil exports. The population is growing rapidly. A lot of young people, which requires work and dissatisfied with the regime. As long as Iran keeps is an agrarian – industrial country, largely self-sufficient, which provides the economy with a sufficient margin of safety. But the prospects for the current situation there,” – said the newspaper VIEW of the Dagestan economist Mair Pashaev.

Indeed, the introduction of new sanctions immediately resulted in the aggravation of chronic diseases of the Iranian economy – high inflation. If in 2017 for the first time in a quarter century managed to reach the level below 10%, then in the spring of last year it exceeded 50%. Against this background, always there talking about denominations and the replacement of the name of the currency in the fog, as it was until 1930-ies.

“Now there are just three real exchange rate: the official – 42 thousand rials per dollar, the market – about 116 thousand, and the average for enterprises and banks – 110 thousand, – says Mikhail Balbus. – It results in a big corruption component, because many companies are trying to obtain and have the right to use the official exchange rate, which ideally is given only to companies importing goods of the first necessity”.

Despite the efforts of the authorities, the dependence of Iran on imported products also remains significant. According to the Department of agroindustrial policy of the Eurasian economic Commission for 2016, Iranian agriculture has provided the domestic demand only 80%, and the volume of food imports amounted to us $ 6.5 billion a year while exports to 1.6 billion In a situation of constant growth of the population of Iran became a major importer of wheat, barley, corn, rapeseed, soybean, sunflower seeds, meat and derived products, and can only take a limited range, such as pistachios and vegetables.

At the peak sanctions of 1996 and the current situation there are significant differences, says Balbus. Now Iran is a regional power that is associated with the supply chain with a network of friendly regimes and movements. It is often involved in their direct content to deter Pro-American States and, it seems, approached the limit of their capabilities.

See also:  State of emergency at a wedding in the United States: guests staged a mass slaughter

“At the moment the Iranian government, there can be an effective strategy to overcome the sanctions regime, for sure, Balbus. – Previously, a major role was played by the public sector, however, the current government prefers to act according to liberal recipes, believing that the sanctions regime is not eternal, and much will depend on the upcoming presidential elections in the United States. Therefore, usually accept situational measures like barter transactions”.

The result of the current crisis may be the growing Iranian “hawks”. They are opposed to further liberalization of the economy, of course, which is associated with President Hassan Rouhani, but have no constructive alternative but to maintain the status quo in the ratio of public and private sectors of the economy.

As for foreign policy, the new us sanctions aim to isolate Iran’s economy from the outside world, however, this idea is futile – its volume is too large, and communication with neighboring States is quite durable.

Expert on energy security of Armenia, doctor of political Sciences Vahe Davtyan believes that Iran will increasingly gravitate towards the development of relations with China and Russia that can act as lifeline for him, as well as with other countries of the EEU.

All of them, he notes, in fact, move in the direction of de-dollarization in mutual trade with the objective of strengthening national currencies and reducing financial risks. The adherence to this process could allow Iran to reduce the rate of devaluation of the Rial.

Such a partnership could be mutually beneficial. For example, in preblockade condition of Armenia, says Davtyan, economic cooperation with Iran is a vital necessity. And understanding this obviously has even the US state Department, in connection with which the anti-Iran sanctions policy is not benefiting from Yerevan. Although, if Armenia will increase the rhetoric about readiness to act as a transit country for Iranian hydrocarbons to third markets, its economy may also fall under the “sanctions club”.

Iran is extremely important in the Turkish direction. “Turkey is buying Iranian gas, ready to pay for his food, which will allow Tehran in the medium term to avoid a food crisis. Barter model may be applied also in relation to Armenian-Iranian trade than in the past two years, said the authorities of both countries,” says Davtyan.

In General, the expert is optimistic. “Iran is operating a kind of deep state, the deep state, which supports the “immune system” of the country. Despite the complex political and economic problems, Iran still maintains the institutional stability and remains a country with a strict vertical management system. As for illegal cross-border trade, which the Iranians are forced to due to compression of the domestic economy, it is traditionally carried out under the direct supervision of or with the consent of the authorities.”

The increase in opposition activity in the streets of the Iranian experts also do not tend to regard as a serious threat to the regime of the ayatollahs. At least not yet.

“There are passionate, but few in number, the youth of large cities, requiring further liberalization, is the Outback, sometimes rising to protest in the case of specific economic measures of the government which lead to the fuel price hike, for example. In its current form, none of the protests can shake the foundations, says Balbus. – However, during the year the situation may change. The region has become more unstable, so long-term predictions it is better to wait”.