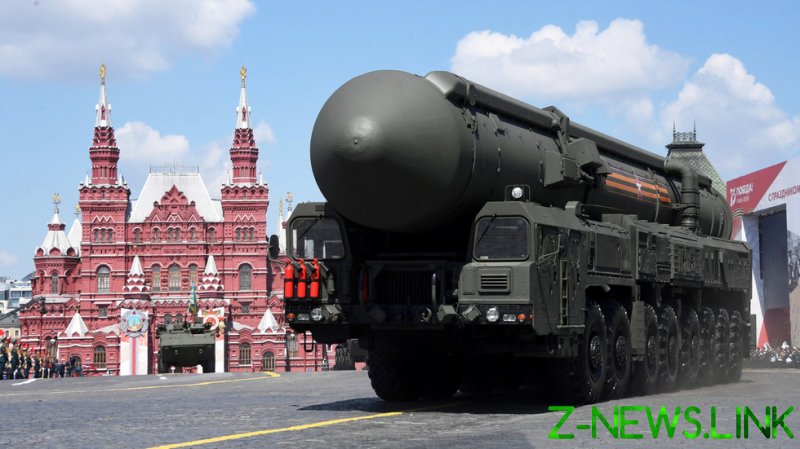 New START (Strategic Arms Reduction Treaty) is scheduled to expire in February 2021. While Russia has offered a “clean” renewal of the existing treaty, without preconditions, the Trump administration has first sought to expand it to include China, then demanded a limit on total nuclear warheads as a condition for agreeing to an extension.

The Russian Foreign Ministry said on Tuesday that Russia is ready to accept the warhead cap, but “strictly on the understanding that the freezing of the warheads will not be accompanied by any additional demands from the US side.”

“We appreciate the Russian Federation’s willingness to make progress on the issue of nuclear arms control,” State Department spokeswoman Morgan Ortagus said in response. “The United States is prepared to meet immediately to finalize a verifiable agreement. We expect Russia to empower its diplomats to do the same.”

Mikhail Ulyanov, Russia’s ambassador to the international organizations in Vienna, hailed the announcement but wondered what Foggy Bottom meant by “verifiable” – the current verification regime under the treaty, or something else?

The current treaty places a limit on deployed warheads, but the US wants to expand that to those in storage. Washington apparently demands monitoring mechanisms outside warhead production sites, according to Arms Control Today reporter Kingston Reif.

Making the limit on the number of warheads in storage “verifiable” would involve establishing counting rules, monitoring methods and joint declarations, none of which are minor details and will take far longer than the remaining time on the treaty, noted Arms Control Today publisher Daryl Kimball.

Meanwhile, the Russian Foreign Ministry said it had only seen “comments made by US officials on social media platforms” about the treaty, but is yet to receive any official response from the US government to their October 16 note proposing the New START extension.

By way of clarification, the ministry said Russia is “ready to jointly with the US undertake a political commitment to ‘freeze’ for the above-mentioned period the number of nuclear warheads that each side possesses.”

Under the 2011 treaty, the US and Russia are limited to 1,550 deployed nuclear warheads each. Expanding the limit to warheads in storage has never been done before, according to Reif.

New START is the last remaining arms control treaty between Washington and Moscow, as President Donald Trump withdrew the US from the Intermediate-Range Nuclear Forces Treaty

(INF) in August 2019, claiming that Russia had violated it with the introduction of a new missile. Within weeks, the US was testing missile systems that had been banned under the treaty.

Talks on extending New START began in June, with Washington demanding that Moscow “pressure” China to join the regime. Beijing has rejected any such proposal, however.

While Russia was not closing the door to a deal, “talking through the language of ultimatums is impossible,” Lavrov added.