Home / Society / What will the Russians after coronaries

What will the Russians after coronaries 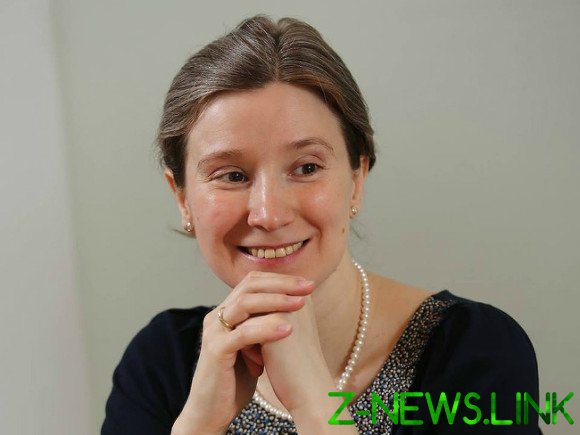 We will be the same — only poorer, annoy and maybe learn how to vote, says political analyst Ekaterina Shulman.

That’s how the Russian society that more or less “fat” years it is growing quite numerous “creative class” — a community of people working relatively well paid and cushy work, mainly servicing the rich. From intellectuals like psychologists-coaches, stylists, designers gloss to consultants fashion boutiques. What will happen with these people in time of severe crisis? Can the current shock to cause only a “storm in a glass of the Garden ring” or a serious reassessment of values in all educated society? The analyst Ekaterina Shulman believes that the changes are not so noticeable, but can be useful.

— Ekaterina, you do not foresee radical changes in social psychology, value systems and attitudes?

Radical — no. One emergency no reappraisal occurs. In the 1998 crisis, our society was much poorer than it is now. When it was still largely Soviet. The trajectory of its development from the crisis of 1998 has not changed, just the money at all diminished. Something similar can be said about the crises of 2008 and 2014: crises don’t change direction, they accelerate existing processes. Although, if the effects personally fall on your head, this consideration is weak you comfort.

After the end of the quarantine people out of apartments and will find many unpleasant things. For example, that they have no more work. Or that they offered to work for less money. Or to work harder, combining their duties with the responsibilities of those who are fired. This is extremely sad circumstances, but they do not represent a social break.

If there is no additional external shocks, after emergencies, the economy is recovering. As we saw in 1998 and 2014. However, there is an important “but”. After 2014, when we had the devaluation of the ruble and the decline in living standards, we saw a recovery of incomes. If the 2008 crisis was more of enterprises and banks, the crisis of 2014 concerned citizens. Better since then did not, although they have adapted to the “new normal”.

Real disposable incomes, we are down in the past six years. We watched the heroic efforts of the Ministry of economic development to do something with Rosstat to the statistics looked different, but whatever is recalculated, still goes to the revenue decline, at best — stagnation. Already the Minister has changed, but does not help everyone is applying the plantain to the sore spot. When economic activity will recover (just because it is allowed to leave the house), income of citizens, which received the blow, did not go up. Us to the level of 2014 is still far away.

— What it is: he’ll be back to normal in terms of belt-tightening?! Let me quote this caustic and angry blogger with a very rich biography as Arkady Babchenko: “But his career then and just did one stage over. And the upshot was faster than the more fashionable it was in the fed world. Coaches of personal growth, Gestalt psychologists introverts and coaches turned out to be do not need to figure in the early days. The most popular professions were the profession of labor: the sellers, drivers, messengers, workers of heating, the windshield wipers”.

— This monologue I read. It has many correct, but rather in another place, where he speaks about the importance of social ties and family values — that’s right. But the unique relevance of a conventional “wipers” — this is a temporary situation. Now do a lot of sobs: and that, well, you know how to do in case of Apocalypse, if you can dig up a flower bed or roll up in a jar of tomatoes? It all sounds exciting, but the economic reality is irrelevant.

The social structure will be restored approximately in the form in which it was. Trainers of personal growth are not going anywhere. Let us remember that the flowering of these creative professions were in the period before the epidemic, when incomes do not grow. Who they grew, he hired a trainer for personal growth.

Services able to recover salons, eyebrow extension training will open again. If the people to such an extent will not have the money that demand is likely to drop significantly, then, of the three salons will remain one, but other employees will become couriers. Nothing good about it, but in itself it does not prevent life in all its diversity. Moscow is a big city, it’s quite a lot of rich people. And if the General material level sags, it still remains the social diversity which, in fact, more important to us than the figures of income.

But the social connections that are so important, do not originate from the destruction of the previous order, and of its development. Because a modern service economy is an economy of communication. It is no longer possible the old Soviet thesis “a Good man is not a profession”. It is, in fact, remains one profession is a good man. Even the courier can’t be, unless you are a brute.

— But manners can harden…

— I rather feared would be an upsurge of crime. This is not necessarily a consequence of poverty: the widespread notion that as soon as the person declining revenues, he immediately enters the highway with a bludgeon is a mistake. Crime is a more complex social phenomenon. Previous crises have made people poorer, violent crime is not stepped up.

Now there is an increase in domestic violence, because all homes in a situation of supertasty and discomfort. But when all polyposter, I would not want to hit a large number of shoplifting and assaults on customers at the exit of the store.

By the way, and the current mortality rate from coronavirus — if in the coming weeks, not to begin an epidemic pestilence — not even a “compensate” the much reduced mortality from road accidents, because everyone is at home. In General, over the six months the mortality rate may be lower than in the first half of 2019. The point here is not that the coronavirus beneficent to society, and that social life is a complex matter, it is rarely something uniquely good or uniquely bad.

And politically it could be painted?

Again, just from poverty political consciousness grows as crime. But I wish this experience was made simple some useful insights. For example, atomization is dangerous, and the joint action of the help.

I hope that people will begin to better understand the connection between their lives and the decisions of the political leadership. And become more responsibly and to their political behavior, too. Understand that the elections have to go, and it would be good to support those social organizations that will help you when you find it hard or when you are “attacked” by some kind of power or law enforcement agencies with the aim of you to tear for the sake of “power” or statements.

The politicization of society we have is already a few years. The measured increase in the level of protest activity — 2017. And until 2018 the most statistically frequent was labor protests and disputes — they are written less, and they are, incidentally, often ended successfully for the workers. The 2019 first came out situational urban protests — “trash”, against the building or demolition for example.

In the current situation it would be logical to wait for the new onset of labor protests. In a little more than free political space, we would expect the growth of the trade Union movement. With our level of administrative and police control that is not yet happening, but we must understand that this is an artificial situation and maintain it in this unnatural form requires more resources.

We will with great interest follow, do not start the growth of the trade Union movement and the left in General, political activity now that the power resource is poorer, public support is lower and the high demand for the protection of labour rights must generate the response sentence.