Home / WORLD / ‘What the bloody hell are ya up to?’ Clueless Aussie government’s mishandling of Covid is a global joke waiting for a punchline

‘What the bloody hell are ya up to?’ Clueless Aussie government’s mishandling of Covid is a global joke waiting for a punchline 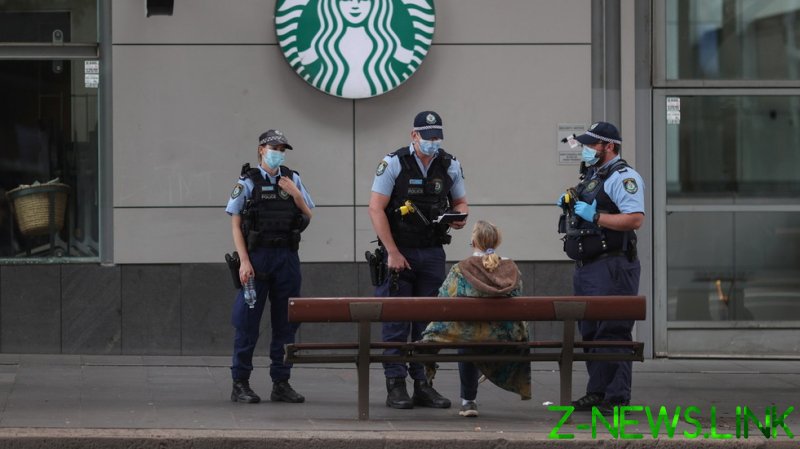 Scott Morrison, before he became Prime Minister of Australia, was something of a marketing guru, best known for a controversial and short-lived international tourism campaign that begged the question from bemused foreigners, “Where the bloody hell are ya?” In the same spirit, we now have to ask Scotty from Marketing, “What the bloody hell are ya up to?”

One Sydney shopkeeper and artist summed it up in a handwritten sign: “Dear loyal customers, We will be closed till early 2023 because Scott, front of the queue, Morrison f***ed up our vaccination roll out. We thank you for your patience”.

And the note’s author, James Powditch is not my only frustrated compatriot. Because Australia is in a mess. A bloody great coronavirus-shaped shambles and the rest of the world, frankly, is starting to think that Morrison and his mates haven’t got a clue about what they are doing, that they’re a few kangaroos short in the top paddock, as we might say back home.

While nations across the world immunise millions of people, even after some disastrously slow starts, Australia has just 26.9% of its population over the age of 16 fully vaccinated, with the target of 70% not expected to be met until early November.

In comparison, the US has administered 357 million doses, fully vaccinating 169 million people. Bearing in mind where they began, that is staggering progress. And I make that particular comparison because, like Australians, many Americans are of the ‘suck it and see’ approach and a bit more sceptical about  jumping on the vaccination bandwagon just because the government says it is a good thing. Unlike their largely compliant European cousins.

But even taking into account a proportion of vaccine-hesitant Aussies, it hasn’t been so much a rollout as a strollout. What the hell is going on? They’ve had the international borders shut since March 20 last year, leaving its own nationals stranded abroad and family visits off the agenda so that the chances of importing Covid cases was greatly reduced.

Then what? Because nothing much seems to have happened in the interim save frequent outbursts of panic followed by ever more stringent lockdowns as coronavirus cases appeared randomly. Despite that, since October last year there were no Covid deaths recorded nationally until the middle of last month and since then, around 30 people have fallen victim to the virus. So what exactly was the panic all about?

They don’t call Australia the Lucky Country for nothing. While Covid-19 has blazed a trail of death around the globe, with its population of around 25 million, Down Under has lost just 967 souls to the virus with, sadly, 820 of those from my densely-populated home state of Victoria.

And there could be a simple reason why the killer bug hasn’t claimed more lives, because while population density in the UK, for instance, currently sits at 281 people packed into each square kilometre, in Australia that number is just three. You would think that leaves plenty of space for social distancing.

That’s only the theory, however, because Aussies, like humans worldwide, are sociable creatures and tend to live close by one another in the ever-growing cities of Melbourne and Sydney, each home to around five million people, where vibrant, sprawling suburbs accommodate many of the immigrants that make up the diverse nation.

It’s those same suburbs in Sydney that are now patrolled by the defence forces alongside the police enforcing a strict lockdown worthy of a totalitarian regime. Curfews are in place in Melbourne, meanwhile, where a beleaguered population has spent more than 200 days in lockdown.

And you know what? That’s enough. The joke’s over. Aussies will take so much but this is way beyond limits. It’s like a controlled experiment to see how much a population can tolerate before the masses wage an uprising and overthrow their clueless leaders. Surely, it can only be a matter of time. So come on, Aussies, what the bloody hell are you waiting for?