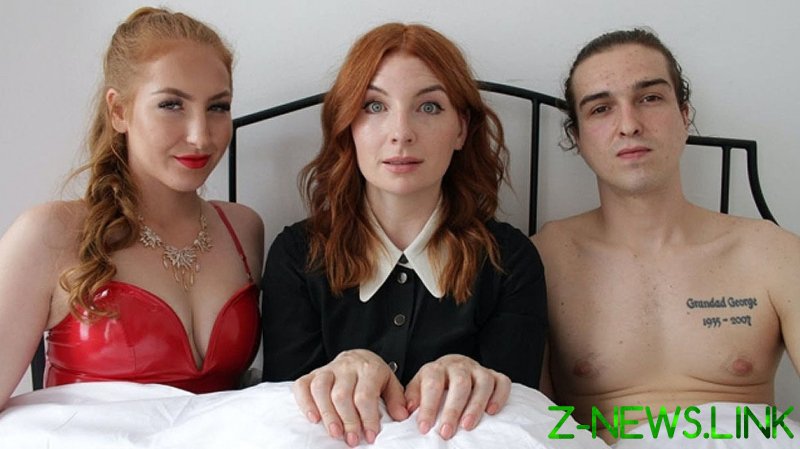 Back in 2018, I was one of the producers of season one of The Sex Business – a Channel 5 documentary series that explored the UK’s sex industry and how people buy, sell and market sex. Currently available on the channel’s my5.tv catch-up service, due to its uncompromising nature I have to say it’s not for the faint-hearted. But it was certainly an eye-opener making it.

One of my favourite contributors was ‘Sleazy Michael’, a former railways worker who gave up family life in 2004 aged 46 to become a male escort. Into his 60s, Michael was still going at it. We filmed him having sex with a client in his modest home in south London. And as a side hustle, he sold old socks and underpants for a tidy profit on eBay that had, shall we say, met with his ardour. As the old saying goes, “There’s many a good tune played on an old fiddle.”

And so it went on for 48 minutes. Alice met sandwich shop worker Kayla, 21, and her boyfriend Jack, 27, a painter and decorator from Newcastle. They started camming four months into their relationship to earn some “extra cash during lockdown.” (In case you’re wondering, they charge £1 a minute for their live bedroom sex show.)

Alice then met married couple Jocelyn, 44, a model, and Hywel, 52, a photographer, who have sex in their home dungeon. But what Alice didn’t do was get her kit off herself, which was most disappointing because: a) she’s quite attractive, in a girl-next-door fashion; and b) as a journalist who’s become a professional boxer to write about the fight game, bought a greyhound to write about the seedy world of dog racing, and infiltrated the Conservative Party machine to write about what shit bags Tories are, I think what the sex doc genre desperately needs is a hack who’s prepared to skin out in an experiential fashion, otherwise, what’s the point?

As intriguing as Sex Actually is, it doesn’t tell us anything we don’t know already, which suggests it’s a cynical ratings grab on Channel 4’s part. This is fair enough. We all have to make a buck somehow. But having filmed camming couples on benefits going at it up and down the country, £20-a-blow-job hookers smoking crack in the back of my car, and middle-aged fat blokes being double-tag-teamed by leather-clad, ball-busting dominatrixes, I’ve seen it all before; and I suspect anyone tuning into Sex Actually has, too.

Season two of The Sex Business was so explicit that the UK’s mass communications watchdog, Ofcom, concluded it had breached its broadcasting rules. The regulator ruled that during the three-part series, which had programmes entitled, ‘Pain For Pleasure’, ‘Trans On Demand’ and ‘Orgasms For Sale’, the series had “[broken] our rules by including images of extreme, graphic sexual activity. These were far more explicit than viewers would be likely to expect in a programme broadcast an hour after the watershed.”

Without wanting to revel in its notoriety, The Sex Business genuinely pushed the envelope of public taste, decency and ‘acceptability’ because hey, that’s the skin trade for you. My aim is always to show and tell it as it is. There’s no escaping the irrefutable fact that, as the feminist Julie Bindel told me during the production, “Men who pay for sex are basically renting a vagina.” Yet with its plinky-plonky soundtrack and sarky voiceover, the only envelope Sex Actually is pushing is one with a big, fat cheque in it – straight into Ms. Levine’s pocket.

Thanks to Ofcom’s prudishness, and bourgeois media hypocrisy, shows like Sex Actually are caught between a Victorian rock and a 21st century hard place. On the one hand, there’s a pretentious need to ‘protect’ children from salacious content, while on the other hand kids barely out of nappies have access to laptops, tablets and mobile phones that are furtively used in private with little or no adult supervision.

Unless they’re prepared to ‘go there’, broadcasters should simply give up on making documentaries about sex as they have run out of original things to say or show about it. They should instead concentrate on where the real sleaze is, namely politics, public life and the private sector. What’s truly pornographic is that British government ministers and their corporate cronies can make billions out of the Covid pandemic and sit back and watch old people, the weak and vulnerable die in their thousands every week of avoidable, easily treatable diseases and that number one killer: poverty.

I truly hope that the current energy company bankruptcies, gas, fuel and food shortages, as well as the price increases crippling poor families across Britain prove to be a post-Brexit flash in the pan. If they don’t, we may be in for the unpalatable spectacle of seeing more and more desperate people look to the multibillion-pound sex industry as a way of making a little “extra cash” before sliding down a very slippery slope; because when the going gets really tough and people run out of things to sell, all too often they wind up selling their bodies – and that’s something I’ll happily pay NOT to watch.