What can beat Russia worse drop in oil prices and coronavirus 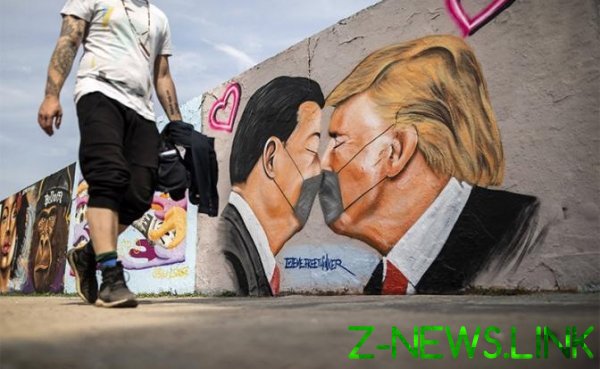 Russia now has so many internal problems that it would seem not up to the international agenda. With its problems to understand, which grow like a snowball. One way out of the “regime of isolation” (not spelled out in the Russian legislation) from the General impoverishment of the population and, as a consequence, the growth of dissent is worth something! But the trouble is, as they say, never comes alone and does not turn away if the door she did not open. And that is the same case.

“The source said that the government, among the oligarchs close to the President feel very sad mood. And they are not associated with the pandemic or economic crisis. At the top began to “walk” the talk that in the next month or two may occur significant change in the country, initiated by Vladimir Putin. Still not solved, but many prefer at this moment to be in isolation. Therefore, the detection of coronavirus have mixed feelings,” writes the telegram channel “of the Cheka-OGPU”.

What these changes are connected? Of course, with the worsening of relations between the Anglo-Saxons (and especially U.S.) and China.

Let’s start with “flowers” — with events in Russia, which passed almost unnoticed: with the resignation of Dariga Nazarbayeva from the post of speaker of the Kazakh Senate, which seems to be like gives grounds to say that the age Nazarbaev Kazakhstan and, accordingly, the Kremlin strategists hint about which way not to run a planned and inevitable transit authority-2024 (and maybe even early). It seems to be as a key bundle. Since it is difficult to believe that the President Kassym-Jomart Tokayev made this decision without the knowledge of President Nursultan Nazarbayev. And don’t need this nonsense to even try to believe! Everything was with consent of the father of the nation. And this, in turn, gives rise to the question: why then the President removed his daughter from the government?

To answer this question, we must remember that, despite the tangible evidence and raised a fuss, the British authorities suddenly refused to go to the confiscation of the property of the eldest daughter of the President. Odd, isn’t it? Or not strange, if we assume that the British decided to go to the deepening of relations between them and Kazakhstan through an already proven source — the guest, which was responsible for the “Western direction”. While Tokayev, on the contrary, is a supporter of the “Chinese way”. “Suffice it to say that the current President Tokayev in 1983-1984 trained at the Beijing language Institute, and in the last years of the Soviet Union worked in Soviet Embassy in China. Just before Tokayev said that Kazakhstan is not afraid of the Chinese “strong arms” — like telegram. channel “paradox_friends”. Here itself suggests the theory that the resignation of Dariga — a direct consequence of the pressure of Beijing. Which, incidentally, explicitly States politician and journalist Maxim Shevchenko:

“My version of the resignation, Dariga Nazarbayeva, the only pressure China to Moscow. China openly joined the expansion of the announcement of the disputed Islands in the South China sea, its provinces, buying the loyalty of Moscow through the increase of Russian oil almost 33% and more. But in relation to Kazakhstan throughout April in the Chinese media conducted a campaign of intimidation. Published materials that “Kazakhstan — authentic Chinese territory”. This led to the call of the Chinese Ambassador to the foreign Ministry of Kazakhstan. And he explained (I assume!) the position of Beijing. She, perhaps, is the following: a) in a situation of worsening us-China relations to exchange not only the militaristic rhetoric, and contact military ships (in April), Beijing requires its weaker neighbors full loyalty; b) Central Asia is perceived by Beijing as a zone of vital interests, which is unacceptable presence of “potential enemy”, neither the military nor the political (the West’s ruling elite) manner; C) Nazarbayev’s family for many years has established the independence of Kazakhstan on good relations with the US and the West. And media forum Dariga Nazarbayeva, which were invariably attended by representatives of leading American mass-media, and Western politicians and political scientists of the highest level, and many other open networks nazarovskogo of Kazakhstan with the owners of the world 90s-2000s helped the country to distance itself from Beijing, and from Moscow. These times of liberalism in the foreign policy relations of the past. Both for Kazakhstan and for Central Asia. The Chinese dragon woke up and got ready to fight,” he wrote in his carts-channel.

And he was right: the speaker of the Senate was Maulen Ashimbayev. “A supporter of cooperation with China. Has the characteristic of “liberal”. At the same time a supporter of the absolute state – the author of the concept of electronic monitoring in Kazakhstan. A supporter of regulation of the activities of the CSS. He studied in the United States. Has a sufficient number of contacts in America, especially with representatives of the democratic party. Negatively disposed to the “British party.” Spoke in support of Ukraine. The initiator of arrests of supporters of DNR and LNR in the territory of Kazakhstan. An active fighter against Russian separatism” — gives a brief characterization of the new speaker telegram-channel “Nesigur”.

Now is the time to go to the “berries” (partially about them already mentioned above): to published investigation of the “5 eyes” in the Australian version of the Daily Telegraph. According to the five intelligence agencies (USA, UK, Canada, Australia and New Zealand), in China in early December was known about the ability of coronavirus be spread from person to person. Moreover, all the evidence was destroyed, and the order came from the top leadership of the PRC. Futhermore allegations that China had conducted studies of this virus (for example, U.S. Secretary of state Mike Pompeo said in an interview with ABC News that there is “a considerable amount” of evidence confirming that the virus started from Wuhan), and the epidemic is clearly underestimated.

If this version will take the nature of facts, then China will stand against all the countries affected by the infection, nearly the entire world, except those countries that will be in coalition with China. Besides… is out of the question that China has developed biological weapons of mass destruction, not worth it. But this is now. In the Wake of the confrontation is “emerge” itself, be sure to inflate the “fire” to the extent that when to “extinguish” it by diplomatic means will not succeed.

Of course, the main conflict is between the US and China. So, Washington is already considering, according to the Washington Times, the ways like a painful hit to the PRC. There are two options: either to deprive China of sovereign immunity and then people will be able to sue him in court (and can you imagine how many will be lawsuits in connection with the coronavirus?!), or to reset the U.S. debt to China. But, I think, these two measures are exhausted. Obviously, that trump intends to return America to “its former power”, that is hegemony, which means to nail “Chinese dragon”, which has recently been greatly strengthened, and began to show the claim to world domination.

Another trade (to the armed conflict, it is necessary to put, all the same will not happen) the war between USA and China in conditions of the global economic crisis is something that will not pass unnoticed to the world. So’d kick the shit outta that not seem a little! Yes, Americans know what they are: their economy, apparently, and survive the global recession and war (and not just shopping!) with China. As for other countries, especially commodity-dependent economies — here the forecasts are the most pessimistic.

It is clear that I’m talking about Russia. But the economy is not the only problem the country will face if relations between “eagle” and “dragon” will take the nature of a serious conflict. At RF it will affect very much. Even if only by the fact that Russia in this case does not take neutrality. Will need to someone to join. But to whom?

Logical, of course, to China: we more which binds. However, it is very risky: what foreign policy China is expansive in nature, is not news. If Russia gives up the slack, then we’ll be much “smaller” than I was: Siberia and the far East will quickly become provinces of China. “Dragon” will not be frills and flirt: this is well illustrated by the situation with Kazakhstan is the first sign of big changes in international politics. In the coalition bloc with China should be very hard to sustain his line, but given the weakness of the Russian economy, forecasting that it will succeed — is very risky.

Still have to decide. Says inside “of the Cheka-OGPU”.

But the situation is much more complicated, because the unity of the “Kremlin” top is missing. Conventionally, those in power can be divided into two camps: “Pro-China” (and it will be a “party Council”: of course, oil and Sechin) and “Pro-Western” (“party Council” the Family, which is against the backdrop of a pandemic is trying to win back at least part of the lost ground). And here is a conflict between them escalates pretty seriously: they are forced to this pressure, the interests of whom they represent. Plus there are also so-called situational players, same Sergei Sobyanin, for example. On the one hand, he moved to the role of frontman from the “party Council” and Family, on the other — he was originally a representative of the “Pro-China” elite. Remember the summer of last year, when Mr Sobyanin reported to the President about the global launch of the system of facial recognition technology VOCORD. What is curious here? And the fact that the company that owns these technologies, was sold to China’s Huawei. This bunch can’t be just random. Do not forget that, apparently the vendor for the implementation of the law Spring storage information and Internet traffic will be chosen by the Chinese company Huawei.

And here it is already possible to say with confidence that war between the ruling clans will go serious, and outlines what it will take — is difficult to predict. Because the background on which it will happen — it is beyond all permissible limits. This is, firstly, the failure of the transit authority, which in itself speaks about the political uncertainty, the initiating system to significant risks. Secondly, coronavirus, with the resultant, rather, of restrictive measures for economic crisis, threatening even to slip into depression and thus to repeat the 90s. thirdly, it is a global crisis that puts our raw material economy in a very awkward and dependent (what is now used by China, for example).

In General, the time gets tough. And what Russia will come out of this mess — a very big question. One thing is certain: change is inevitable. However, one should not expect that in the near future they will be for the better.