Home / Society / What a populist does Russia need 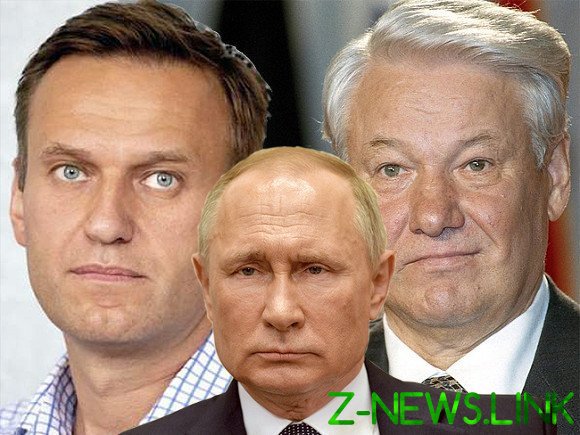 Do not think that give people the will — he’ll choose some fascist. People today want is justice and the removal of oligarchs from power.

Thirty years ago, may 29, 1990 Boris Yeltsin was elected Chairman of the Supreme Council of Russia. A year later he became President. And after the August coup and the Belavezha accords — the actual ruler of the country.

Today, the story of the ascent of Yeltsin to power is the best example of showing who wins and why in Russia in a free election. Not supported by the facts run from the Kremlin horror stories about what the people will vote for the Nazis. But not confirmed and illusions about society’s ability to make reasonable, rational choices. The motivation of the electorate is much more complicated.

Yeltsin in the first place was a populist. No one in 1990 could not be sure that he will start to carry out market-oriented reforms. Even in August 1991, when the country supported him in the struggle against the putsch, market orientation of the President was obvious. By the time he firmly opposed the domination of the Union bureaucracy, offered to companies to move into the jurisdiction of Russia and has supported the program “500 days”, but was surrounded on all sides by such plush partocrats and security forces (Silaev, Skokov, Lobov, Petrov, Alexander Korzhakov), the prospects of radical reform when it looked doubtful.

Populism, which was needed then Russian society, could not accept a fascist or even nationalist form. People sought not to revenge for losing the arms race and not to the revival of the Empire, and to a normal human life, with which you can work, earn money and buy goods without coupons and long lines. In the face of Yeltsin’s people voted for a future where the rights of the economy will not be a nuisance bureaucrats, and the enterprise labor collectives.

Why Yeltsin chose the transition to the market, although very poorly understood then in various models of the economy? I think, because this was the most adequate to the wishes of his voters. It is possible that if Boris knew how difficult would be the path he would have sent a populism in a different field. But Yeltsin, like his people, perspectives understood vaguely and went on that way which seemed perfectly natural. Everyone said: “the Market, freedom, independence.” And the President gave us exactly what was said.

For the same reason he gave then high inflation, paralyzed for several years the possibility of a normal development. Everyone said, “Give us the money, loans and subsidies”. And the head of state was to give them, not the number of distributed commensurate with the real needs of the economy in the money supply. Yeltsin followed the wishes of the people when they were reasonable, and when they turned out to be erroneous.

Can a populist to go against the people? Yes, of course. There is always a danger that we will vote for one future, and our choice will give us quite different. However, the probability of this is still considerably less than the probability of following the aspirations of our people. Presidents are not looking for complex ways. They want to please voters and win the election. And for that you need to catch the desires of the masses and do exactly what they want.

The failures of the people’s representatives more often are associated not with a conscious turn towards unpopular reform, but that Viktor Chernomyrdin was once expressed by a famous phrase “wanted as better, but it turned out as always”. That is, the President, together with the people moving on is simple, attractive, light way, but eventually it turns out that dangerous and difficult turns hiding in the darkness.

Is it possible to understand what are the needs of Russian society now? I think it best captures Alexei Navalny. There is a mass demand for justice, for the destruction of oligarchies. Our poor, wretched, stagnant life that is usually associated with the “bad boyars” because this is the most simple and understandable to the masses an explanation. At the same time, few people are seriously committed to the restoration of the Brezhnev economy of deficit to the Stalinist militarization, driving the people to poverty. Even xenophobia in our society is not too popular — that quickly realized Navalny began his political career as a moderate nationalist, but today it is not using the weapons of the old Arsenal.

Elimination of the oligarchy is impossible without democratization. In the autocracies of the oligarchy, quickly reproduced, sometimes in a completely new composition. The populist, who will come to power after Putin, will have to take this into account.

The people today, there is no call for democracy in the truest sense of the word, as there is no demand on the market 30 years ago. Then wanted to complete the shelves and the way to them lay through the market, which began to build Yeltsin. Today I want justice, but the path to it lies through democratization. And after Putin it, probably, will begin.

Of course, as 30 years ago, the road to a new goal will be thorny. People will quickly find that life is not getting better from the dispossession of the oligarchs. And many will say that it was not such justice is expected. But it is unlikely most will want to turn back. And most importantly, unlikely to want to take a step back elite who will benefit from what will disappear narrow layer lured by the Kremlin oligarchs to extract rents from its position and blocking the way to the top new politicians, entrepreneurs, journalists.