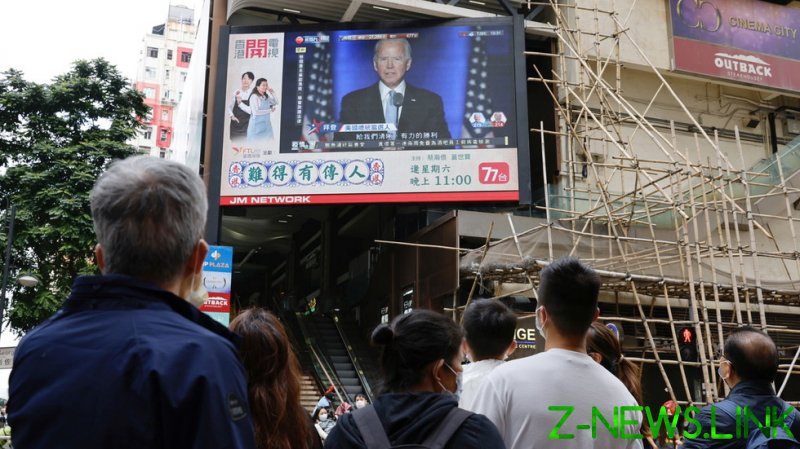 In 1992, Japanese-American scholar Francis Fukuyama authored a book titled ‘The End of History and the Last Man’ which fabled liberal democracy as the final, inevitable and ultimate stage of man’s evolutionary development. The timing was no coincidence, only a year earlier, the Soviet Union collapsed and brought an end to the Cold War, ushering in a new age of unrivalled American dominance. The book assumed that the age of great power conflict and thus the “struggle between democracy and authoritarianism” was definitely over. With the US victory, all ideological arguments had been won and it was subsequently inevitable that countries like China could only transition to the Western way of thinking. Globalization could only feasibly move in one direction.

Twenty-eight years on, the world is a very different place. The optimism and openness of the post-Cold War world has long been swept away and replaced with the familiar essence of Great Power confrontation. In particular, things with China did “not go according to plan.”

A recent op-ed in the Wall Street Journal titled, ‘How the US Misread China’s Xi: Hoping for a Globalist, It Got an Autocrat’, bemoans a prevailing set of assumptions concerning China’s leader. It was once believed that Xi Jinping was a champion of globalism who would ultimately accelerate the country’s integration with the West, opening up reform and therefore sustaining the international order as it was “supposed to be.”

Yet, that didn’t happen. These assumptions were not so much completely vested in Xi’s own decisions, but, as noted, represented long-standing assumptions about what China seemed “destined” to become in the eyes of the West. And what happened is that in the past few years, Beijing simply illustrated that this was not the case at all.

Far from conforming to the West, China has steered on its own path and blown apart the “end of history thesis” – Xi is a proponent of globalization, just not on the terms that the West had assumed and were confident in. It’s the question of ‘globalization on whose terms’ that has ignited the so-called Second Cold War.

Globalization might be understood as an economic and social trend where – owing to advances in technology and communications – the world becomes increasingly closer, interconnected and more integrated. Only 200 years ago, it would take a month for an English sail ship, powered by wind, to reach the American continent, and a week for a horse-drawn cart to move from London to Scotland. Today, these journeys can both be done within the course of less than a single day, and information on what is happening in any location can be deciphered instantly. This has made the world more interdependent and advanced the need for what might be described as “global governance.” Countries are increasingly forced to work together to solve common problems.

However, what the West assumed in the “end of history thesis” was that the process of globalization was intrinsically linked to a single ideology – its ideology – and that globalization moved in tandem with liberalisation. It is natural that this was believed, as, for hundreds of years, the West established “globalization” as it is known through colonising other countries, establishing industry and the creation of global trade and economic systems. It was thus assumed, in turn, that inventions such as the internet were customary to this as the flow of information would increase and lead to “natural” political outcomes of democracy and liberalism. They attached ideology to human economic progress, and they were wrong.

What Xi has done is effectively turn this thinking on its head. China has evolved not to adopt Western ideology, but to consolidate itself, grow into an economic superpower and effectively advocate a “globalization on its own terms,” or what Xi has described as a “community with shared future for mankind.”

Beijing is not outwardly exporting its ideology or spreading Communism, but programs such as the Belt and Road initiative are rewriting global geopolitics and eroding the longstanding hegemony of the West, whilst China has – much to the West’s disdain – been able to master technology and the internet to strengthen rather than weaken its regime. This has subsequently posed the question of “globalization on whose terms?” which has manifested itself through movements, such as Trumpism, that perceive a rising China as a threat to America’s identity, and are incorporated with objections to other elements of globalization such as immigration and ethnic change.

As a result, America’s decades-long policy of “engaging with China in the belief it will inevitably evolve” has effectively turned into “attempting to change China by force” and globally opposing its influence. This was not so much about what Xi has done, even if his leadership is more confident and adventurous than before, as the West has shifted from believing “China-led globalization is good” to “China led globalization is bad.” It is a mantra that has evolved with time, and an inevitable product of a China that has continued to grow, but has not transformed into a Western vision.

Whilst President Donald Trump obviously has opposed globalization altogether and, in many ways, attacked the international system, with the incoming Biden administration, the US will embrace “liberal globalization” again and attempt to rebuild the “Western-led order.” Biden will take a slightly different approach to his predecessor, which will involve trying to “uphold the West” rather than simply hitting Beijing with a sledgehammer. The objectives are nonetheless the same and are aimed at preventing what is deemed to be a “globalization on China’s terms.”

However, it might be noted that on many things, engagement with China cannot be ignored or dismissed, and the reality in the end may prove far more complicated and nuanced than the most strident haters of Beijing can accept.