You can criticize just because it’s not been done before,said Garry Kasparov.

Ukraine did the right thing by banning the Russian social network, but it should have been done much earlier.

“It is strange to see, when some so-called opposition, the so-called liberals in Russia are beginning to criticize the blocking of Russian social networks in Ukraine. You can criticize just for the fact that it was not done earlier,” — said Kasparov.

According to him, the European Union could learn from Ukraine how to deal with Kremlin propaganda. 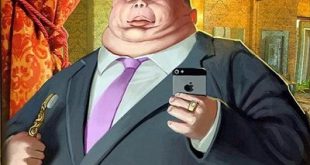