Home / WORLD / Welcome to Snitch Nation: From kids to parents, it’s a race to rat out your (former) loved ones before they get you first

Welcome to Snitch Nation: From kids to parents, it’s a race to rat out your (former) loved ones before they get you first 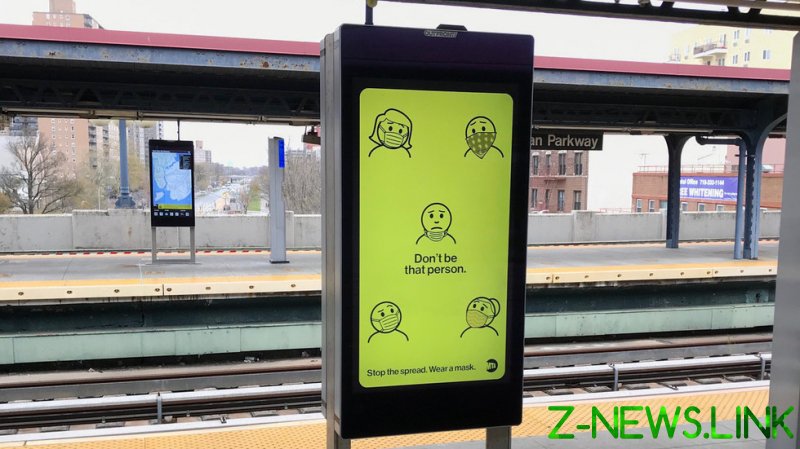 In order to achieve the proper level of blanket obedience, it’s important that ordinary people trust the government unquestioningly – and fear and hate those who don’t. This is best accomplished by discrediting and distancing the target population from all non-approved information sources, whether that’s Grandma down in Florida or their favorite alt-media YouTube channel. The target must be informed in no uncertain terms that they’re in the midst of an ‘infodemic’ – a deadly (if invisible and intangible) swarm of ideas that must be resisted at all costs by keeping one’s eyes and ears firmly fixed on the news networks, lest one fail to keep up with the ever-shifting New Normal.

One of the first stateside images of the Covid-19 pandemic to outline that ‘normal’ in New York City showed a group of people walking innocently down the street while their neighbors, standing on their fire escape and looking down, yelled at them for failing to “social distance” adequately. The implication – as NYC gradually and then rapidly saw its Covid-19 numbers climb – was that the group of friends walking had failed to put the needs of the community above their own. The more New Yorkers could be like the man on the fire escape, the better. But without the necessary “perception management,” the people screaming on the fire escape would get bottles (and possibly bullets) thrown at them. Nobody likes a snitch – at least, no one did back then.

And who could forget Los Angeles’ mayor Eric Garcetti, delivering his threat against businesses that chose not to heed his draconian lockdown? Not only would they have their water and electricity shut off, he said, but anyone who called in to report businesses operating illegally would get some money for their efforts. Stumbling over the well-known aphorism about snitches and stitches, he joyfully declared that, now, “Snitches get rewards!”

Rather than inspiring a legion of snitches to rise up, however, he was mocked ferociously. New York City Mayor Bill de Blasio similarly crashed and burned when he debuted a snitch hotline for the city, receiving a litany of dick-pics and Hitler memes instead of the photos of city residents failing to social distance that he’d asked for. Their “perception” hadn’t been adequately managed.

‘Fun’ for the whole family

But it’s been a year since those abortive early efforts. Other municipalities have continued to push the snitch-line as a useful police-state tool, noticing that as lockdowns drag on, people become more desperate for companionship, willing to settle for a conversation with anyone – even the police officer who’s come to haul your neighbor away for thinking impure thoughts about Bill Gates. These interactions offer a tiny nugget of human companionship to sweeten the fundamentally antisocial act of sending the authorities after an innocent neighbor.

One trick has been to interrogate children. Kids in Vermont were asked – away from their parents – whether they’d been part of a “multi-family gathering” for Thanksgiving. If they answered yes, they were ordered to self-isolate for 14 days – or seven days if they were willing to submit to an invasive Covid-19 test. Never mind that they’re warping those kids’ brains for life, duping them into ratting out their own family, or that young children are almost always symptomless with Covid-19, can’t you see there’s a war – er, a pandemic – on?!

The proprietors of Snitch Nation have also learned that financial incentives are ideal where moral incentives don’t exist, and states like New York and Massachusetts quickly realized that trying to overcome people’s natural aversion to snitching needed some help. New York began offering $75,000 yearly salaries to contact tracers who’d done little more than pass a free online course offering some unusual definitions of “autonomy” (hint: it ceases to exist when someone fails to obey quarantine rules).

The contact-tracing course (which I took) offers more than the usual training in Orwellian ‘newspeak’, however. The chirpy-voiced instructor reminds the aspiring contact tracer that they are not under any circumstances to warn their friends or family if someone they know is infected, even it if means allowing their 80-year-old grandma to go risk her life playing bridge at the house of someone who just got out of the hospital being treated for Covid-19 and is still not well. One’s loyalty can be only to the state.

As more Americans wake up to the fact that merely getting their double-dose of vaccine is not going to set the US on a path to normality – not unless 70, or is it 90, or maybe 100 percent of the rest of the country gets it – they’re going to need someone to blame, and it better not be the vaccine companies. After all, they’re already indemnified! The US can expect a heavy-handed scapegoating campaign aimed at shaming family, friends, and neighbors who harbor a healthy distrust towards a scientific establishment that changes its mind on a weekly basis.

And the media world is pushing Snitch Nation with all its might. Journalists like Brandy Zadrozny at NBC and Taylor Lorenz at the New York Times have made it their business to pry into the private lives of private citizens whose only ‘crimes’ are having the ‘wrong’ opinions, while another news anchor reported recently from a Florida supermarket, describing the shoppers’ maskless nonchalance as if it was a genocide being conducted in real-time. Wrongthink about politics and Covid-19 has merged to the point where anyone expressing a deviation from the official line regarding the pandemic is shrieked at, Invasion of the Body Snatchers-style, as a Trump supporter and set upon by the harpies of social media.

In such a climate, then, it’s no surprise there are so many Americans eagerly calling up the FBI and DHS to report their parents, uncles, sisters, and other family members who participated in the January 6 demonstration at the Capitol, whether they were there to “riot” or merely to protest, whether or not they actually made it into the building or merely stood outside marveling at the ineptitude of their government. Told their loved ones had been hopelessly radicalized by a dangerous cult and could have killed someone, they were led to believe their act of betrayal was one of love. No doubt the world is sick of Orwell references by now, but the torture facility in 1984 was called the “Ministry of Love” for a reason.

Texas teenager Jackson Reffitt turned his father in to the police before the man even attended the rally or told anyone in the family about it, insisting that he “just wanted someone to know” about it. The younger Reffitt was subsequently thrown out of his family’s home by his devastated mother and sisters, whom he admits were “absolutely ruined about the news from what I did.” But that brief flicker of remorse was crushed with the huge amount of money the young man subsequently raised via GoFundMe – a whopping $147,229 as of Thursday.

No longer saddled with student loans, car bills, or insurance costs, Reffitt has learned a chilling lesson about loyalty and values, as has everyone watching him swell with pride on CNN: family loyalty is not required to get through life, as long as one maintains a slavish, unwavering devotion to the police state. Copycats have already started turning in their own relatives and even ex-boyfriends, figuring they have nothing to lose (aside from their dignity, which isn’t fetching much on the market these days).

We live in a society…

Given the rapidly expanding class of ideas deemed ‘anathema’ over the last year, the rank and file of Snitch Nation can only be expected to grow. Should the rest of us fail to act – to remind our own loved ones that ratting out their neighbors for an extra piece of chocolate is fundamentally wrong on multiple levels – we can expect reinforced echo chambers, a further collapse in interpersonal relations, and an iron-fisted, jello-brained rule by a hopelessly alienated populace incapable of having a civilized discussion unless they already agree on every topic to be discussed beforehand. All those who engage in wrongthink will be branded with a scarlet letter and shown the door – no exceptions.