Home / WORLD / Wayne Dupree: The US is starting to resemble a failed socialist state, and those who voted for Biden are to blame 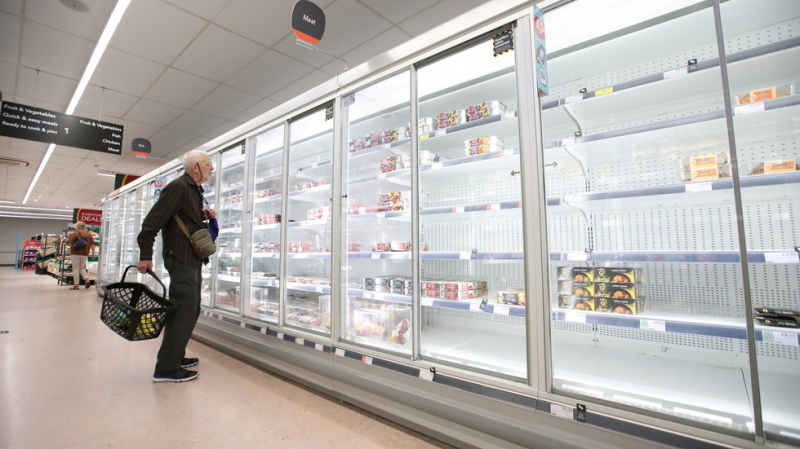 Remember the words of one of the greatest leaders in American history, Ronald Reagan, in 1964? “This is the issue of this election: Whether we believe in our capacity for self-government or whether we abandon the American Revolution and confess that a little intellectual elite in a far-distant capital can plan our lives for us better than we can plan them ourselves.”

Given the state America is now in, the first question people should be asking themselves is who they voted for last year. If the answer is Joe Biden, then they’re getting exactly what they deserved.

The price of literally everything is soaring, but nobody’s had an increase in wages due to all the lockdowns. Businesses are hurting everywhere. Now the shipping ports are slowing down. Hundreds of ships are sitting off the coast and not being unloaded. They say it’s because of the virus, but I don’t believe that. We’re into the second year of the pandemic and didn’t have this problem until recently.

I’m also tired of the completely under-inflated numbers we get from the mainstream media and their teleprompter editors. In my area, some food products have gone up in price by more than 50%, while gas has risen by over 30%. We’re lucky we can afford to take these hits, but we’ve stopped buying certain products, because they’re just not worth what’s being asked.

Plus, empty shelves are becoming a regular occurrence – and they’re a common feature of socialist countries. I remember watching the television when I was younger, and seeing Soviet Union-era store shelves with little to nothing on them. This is what the Democrats are creating in the United States.

And what about the multitude of open jobs and the large number of people not working? If elected officials were motivated to fix the problem, it wouldn’t be that difficult to solve. If you’re able-bodied and not working, with this many job vacancies, you shouldn’t get welfare. Those unemployed and able-bodied who need food help could be provided with oatmeal, dried beans, and rice to keep them fed.

Getting people into jobs will get production and transportation back on track. And if we still don’t have enough dock workers, truck drivers and warehousing staff to unload the ships, the National Guard should be activated. They can certainly handle the unloading of ships and the subsequent transport of goods.

Sadly, the reality is the Biden administration does not care about Americans who are struggling because of all this, who can’t afford certain groceries because of the outrageously high prices. They’re bent on bringing us to our knees, so we, the people, need to come up with solutions for ourselves. We should buy groceries that can be stretched and shared. We should buy from the local farm stand to help the farmers. We should create a neighborhood swap program. And above all, we should look out for our elderly neighbors. There has never been a better time to unite the people and send a message that the ‘higher-ups’ can go pound sand.

And now for a lesson on basic economics: Anyone who says inflation is not a real thing that affects real people, or any economist who says money-printing doesn’t have a negative effect, should stand before the cameras and apologise. We’re now enjoying the fruits of massive deficit spending and pumping by the Fed, and it’s going to be a long ride.

You cannot help the poor by destroying the rich. You cannot strengthen the weak by weakening the strong. You cannot bring about prosperity by discouraging thrift. You cannot lift the wage-earner up by pulling the wage-payer down. You cannot further the brotherhood of man by inciting class hatred. You cannot build character and courage by taking away people’s initiative and independence. You cannot help people permanently by doing for them temporarily what they could and should do for themselves.

You may make fun of my beliefs, but one thing you can’t dispute is this: Biden has stopped every program that helped the American people while opening the borders and telling migrants from other countries to come on in. America cannot support everyone who wants to come here and people who don’t want to work. Remember this before it is too late and the United States becomes a true socialist country, and the people who pay your bills decide when to turn energy supplies on and off and when you’ll get medical care. Ask anyone who’s lived in a socialist country. Thank Joe for nothing.

I know that elections have consequences and so should you. Donald Trump was rough-talking, but he took care of the American people. Biden has done nothing, and now we’re getting a little taste of socialism. So, how do you like it?