Home / WORLD / Wayne Dupree: Democrats say they didn’t cheat, so they shouldn’t be afraid of audits that would just humiliate Republicans

Wayne Dupree: Democrats say they didn’t cheat, so they shouldn’t be afraid of audits that would just humiliate Republicans 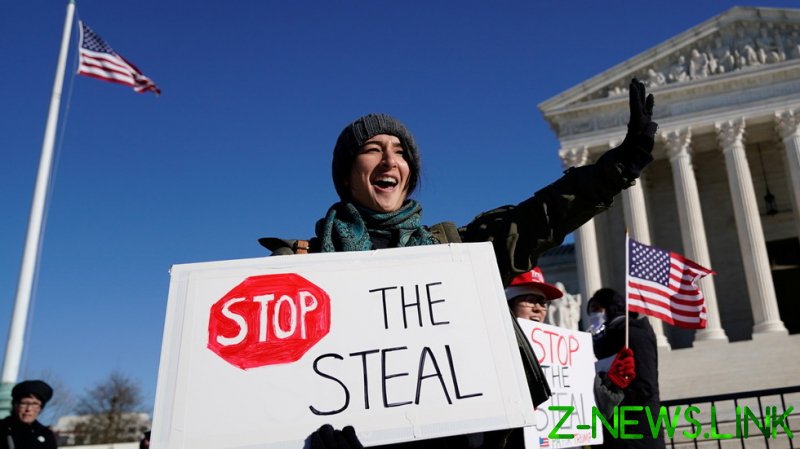 The problem we currently have in the US is that Americans still believe that governmental institutions and politicians serve them and that someone “up there” will fix it for them so they can get back to their normal lives… hence, President Donald Trump’s election situation.

Trump can’t do what it takes to fix the system alone, however, it would take many millions of people taking back their country, starting in the home, repenting and returning to Christ and their faith, teaching and raising their children with moral principles and caring what happens to their neighbors, their cities, what is being taught in their schools, etc. If this personal inner work is not done, then America is done.

I don’t know how legitimate this election was or how valid the fraud complaints are. What I do know is our election infrastructure is a disgrace. After Bush v. Gore 21 years ago, it’s incomprehensible that we as a nation didn’t address our voting apparatus as a threat to our republic.

If I can unlock my iPhone with a face scan, then I should be required to do something similar to vote. The technology is there to protect the integrity of our elections; yet we choose to use unsecured banana republic methodologies. Americans should be required to vote in a secure manner; access should be through a fingerprint, or face or iris scan. This can be done easily.

We’re being told that nothing untoward happened and that everything is on the up and up. I guess I shouldn’t believe what I’ve seen on video tape, the hours of ballot stuffing. I should tell myself my eyes are lying. I guess the fact that there are 200,000 more votes than people who actually voted in Pennsylvania should be ignored too. It was demonstrated on the Senate floor that the Dominion voting machines can be accessed remotely; do I tell myself I didn’t see that either?

A machine that allegedly performed a forensic test and found a 68 percent error in favor of Joe Biden, and another that showed the error in one county was the exact percentage that Biden won by there, is that all simply to be ignored?

This could end in a civil war, one marking the end of the Democratic party and possibly the Republican party. All it takes is for Trump to make a military move, and most of America will be with him. This won’t end well. Democrats have no idea of the gravity that their decision holds.

The evidence is there. The lack of research by the Dems-backed media shows that failure and bias are rampant. The result is the most divided nation we have had in 150 years. All because of the Dems cheating and lying their way to a false victory. If their victory is real, then the Dems and their media should be carefully exploring all the allegations themselves, providing a public forum for both sides to address them.

This has never been done by any Dems or mainstream media. But if they are honest and righteous, and want to move forward peacefully, then they should embrace a valid audit and allow the American people to see the truth of whether the election was rigged or not. In this way, we might return to our perfect union, rather than continue as a divided, troubled nation on a path of conflagration.

There should be a national voter database, firewalled, with each state only having access to their constituents. That’s how you secure elections, not by some old lady with a muffin looking at a signature from 12 years ago. Voting by mail, using the post office, is inherently flawed and open to abuse; no one should have to vote that way, except, perhaps for our overseas military. Let’s put ideology aside and agree to make our elections completely secure and free of fraud.

Four times the Democrats have proffered such objections, claiming it was their duty to do so. Now when Republicans do it, suddenly Democrats claim it’s “un-American.” You can cut the Dems’ hypocrisy with a dull knife.

​If Biden is sworn in as president this year, he will enter office more hobbled by major scandals than any president in the history of the presidency, and there is just no question that impeachment proceedings will immediately paralyze his administration.

The Democrats say they won fair and square, and they did not cheat, so they should welcome the opportunity to humiliate the Republicans by having independent audits verify the outcome. You’d have thought that Senate Minority Leader Chuck Schumer (D-New York) and House Speaker Nancy Pelosi (D-California) would demand it so they could have one last chance to rub it in Trump’s face that Biden beat him, and that is that. If the Democrats do not agree to this, it is completely fair for all Republicans to treat Biden as an illegitimate president and block anything and everything he attempts to do from day one.