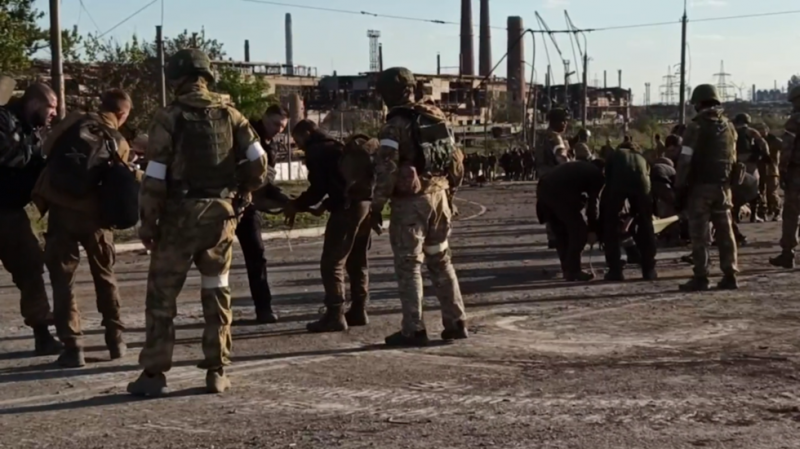 A video of members of the nationalist Azov Battalion and Ukrainian troops surrendering to Russian forces after being holed up for weeks at the Azovstal steel plant in Mariupol has been released by the Russian Defense Ministry.

The clip, which was published on Tuesday, shows the Azov neo-Nazis and Ukrainian regular forces members being searched by the Russian servicemen and put on buses which were waiting for them outside the plant.

Many of those who laid down their arms appeared to be seriously wounded as they were carried out on stretchers. Some of the injured were filmed receiving medical assistance on site.

The government in Kiev gave the order to surrender to its fighters at Azovstal on Monday. Since then, 265 members of the nationalist Azov Battalion and Ukrainian troops have laid down their arms, according to Russia’s Defense Ministry, adding that 51 of them are seriously wounded. The injured were transported to a hospital in the town of Novoazovsk, controlled by the Donetsk People’s Republic. 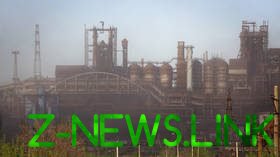 According to Russia’s estimations, there could be up to 2,000 combatants inside the plant, which boasts massive underground communications.

Mariupol has seen the heaviest fighting during the ongoing conflict between Russia and Ukraine, suffering immense destruction. Moscow announced the capture of the strategic port city a month ago, with Azovstal remaining the last pocket of Ukrainian resistance in the area.

The besieged fighters, who suffered heavy losses and lacked food and water, have been given numerous opportunities to surrender by the Russian forces over the past few weeks. But until yesterday, they rejected the offers and demanded to be sent to a third country. However, earlier in May, they agreed to release civilians from the plant. Moscow says the people were held there as hostages and used as human shields.