Home / policy / Volcker: US against the participation of Russians in the UN mission in the Donbass

Volcker: US against the participation of Russians in the UN mission in the Donbass 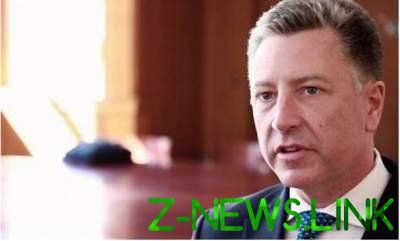 The special representative of the USA in Ukraine considers that the UN mission should have freedom of movement in the Donbass.

The US administration advocates that in case of placement in the Donbass UN peacekeeping mission in its composition did not include the citizens of Russia. This was stated by the special representative of the United States Ukraine Kurt Volker in an interview with The Washington Post.

Walker recalled that the UN mission should have freedom of movement throughout the Donbas and control the border with Russia.
dw.com
“Students must have access to the Ukrainian-Russian border and not to have any Russian personnel,” said Walker.

According to him, the US plan is to send in the Donbass UN peacekeepers, who not only had broad functions, but would have greater powers to ensure security.

Walker said that he intends to continue negotiations to discuss, including the issue of the introduction of “blue helmets”, about the settlement of the situation in the Donbass with Russian presidential aide Vladislav Surkov.

He believes that the peace plan gives hope for a return to the Minsk-2.

“We are trying to clarify our options, he said. If they want to stretch in their positions, to do it, they can, but it will be associated for them with considerable costs. If they want to get out of the situation, such a development can be something that we can agree and where we can find ways to effectively achieve this goal,” added the special representative of the USA to Ukraine.