Home / WORLD / ‘Veil of silence’ let up to 330,000 children be abused by clergy and lay members within France’s Catholic Church since 1950s

‘Veil of silence’ let up to 330,000 children be abused by clergy and lay members within France’s Catholic Church since 1950s 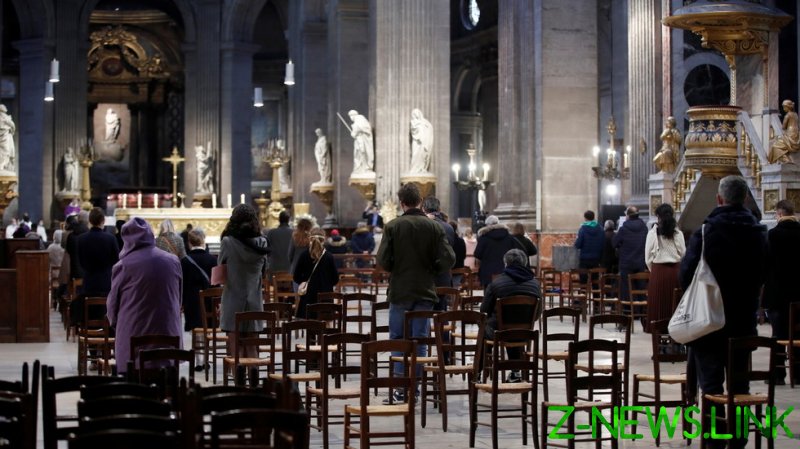 Jean-Marc Sauve, the president of the commission that examined the allegations, found the French Catholic Church had shown “a profound and even cruel indifference towards the victim” up until the 2000s, condemning the church’s hierarchy and dysfunction for failing to stop it.

Over the past 70 years, the inquiry established roughly 216,000 children were the victims of abuse, with that number potentially growing to 330,000 when including lay members. Out of a total of 115,000 priests and clergy during that time, evidence showed 2,900 to 3,200 were accused of abuse.

Sauve blamed a “veil of silence” within the French Catholic Church, ensuring that victims were “not believed, not heard,” and allowing “systemic” abuse to proliferate for decades unchallenged.

“That is devastating, because the ratio between 216,000 and 3,000, it’s one aggressor for 70 victims. That is terrifying for the French society, for the Catholic Church,” Olivier Savignac, head of victims’ association ‘Parler et Revivre’, which means ‘Speak Out and Live Again’, said ahead of the report’s release.

The commission had spent two and a half years examining evidence, speaking to victims and witnesses, and investigating archives from the church, courts, police, and press, dating back to the 1950s. A telephone line established to field calls from potential victims or those who knew someone who’d been abused took around 6,500 calls.

The inquiry has handed 22 allegations of crimes to prosecutors for them to consider if charges can be brought against alleged abusers. More than 40 cases deemed criminal could not be prosecuted, as they are too old, even though the alleged assailants are still alive. Those cases will be provided to church officials to be handled within the clergy.