Home / Society / Uzhgorod: the driver of the bus did not stop when the child lost consciousness

Uzhgorod: the driver of the bus did not stop when the child lost consciousness 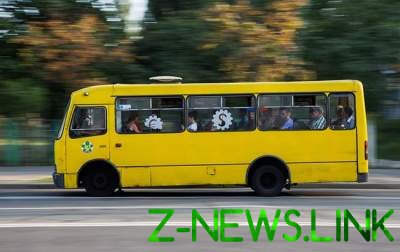 The girl’s father went to the police

In Uzhgorod 9-year-old girl lost consciousness on a crowded bus. First aid the girl was provided by the passengers, the driver did not respond.

The girl’s father has appealed to the police, and in Uzhgorod ATP, which serves the route, reports “channel 21”.

Nine-year-old Golden returned from a musical school on the bus. She said that the cabin was a lot of people, it was crowded and stuffy. At one point the girl felt very bad and closed my eyes. When she came to, lay in cadnam seat of the bus.

“When I came to, I saw people over me. They shouted to the driver to stop, saying, the child is bad.But he did not want to do,” said Zlata.

The girl’s father is outraged by the incident. He believes that the driver of the transport had to call an ambulance or at least, something to do to help the child.

“He even came, did nothing and asked the child where your mom or dad,” said father Golden.

Now the father of Zlata went to the police to investigate the incident.