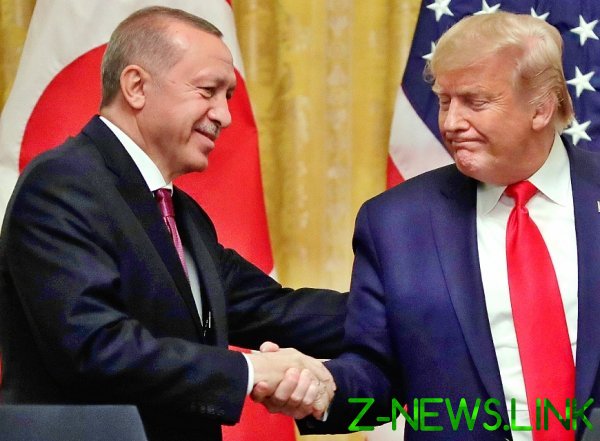 Trump in conversation with Erdogan denounced Russia’s support for Assad.

The US President Donald trump and the President of Turkey Recep Tayyip Erdogan held talks by telephone on February 15. Mr. trump has condemned Russia’s support for “crimes of Assad regime” and expressed a negative opinion about the foreign military intervention in Libya.

“The President of the United States expressed concern about violence in Idlib… Donald trump has expressed a desire to see Russia stop supporting the crimes of the Assad regime”,— the press service quoted the head of state (quoted by AFP). Mr. trump has advocated a political resolution of the conflict and thanked Mr Erdogan for his “efforts to prevent a humanitarian disaster.”

In conversation, the US President reiterated his view that foreign military intervention in Libya will only lead to the deterioration of the situation.

Earlier, Mr Erdogan has accused Russia in managing the conflict in Libya. He concluded on the basis of photographs which supposedly “senior military officials” are in the same room with the commander of the Libyan national army, Khalifa the Haftarot, and “leader” “PMC Wagner.” The Turkish President also blamed Russia for the deaths of civilians in the Syrian Idlib.