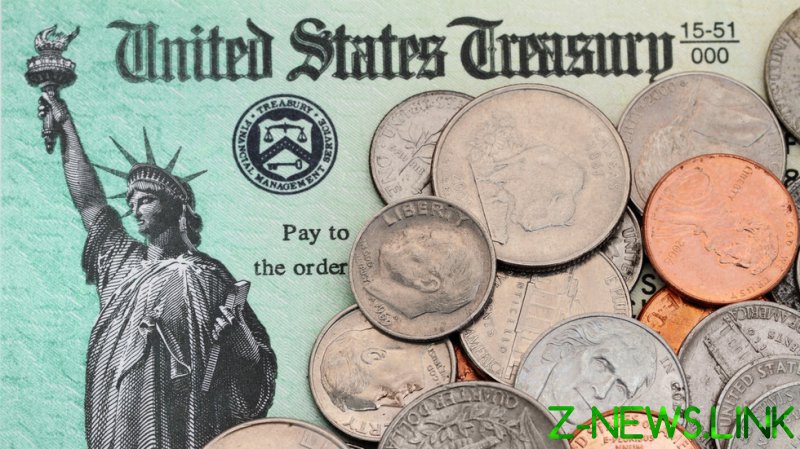 On Monday, US Secretary of the Treasury Janet Yellen made a speech calling for a minimum global standard on corporate tax – effectively a demand that all countries of the world “cooperate” with the United States in order to raise their levies on businesses to a level which suits Washington. She stated that the goal of such a tax was to protect American interests by preventing companies from “shifting their earnings offshore” in the wake of planned raises designed to pay for Biden’s infrastructure plan. Yellen said the US sought to make a “level playing field” and berated a “30 year race to the bottom” on taxes.

This idea is bizarre; what she is proposing is that every country ought to align its corporation tax purely to suit American preferences, in order to deal with American companies and billionaires who are utilizing loopholes to avoid paying taxes back home. Of course, nobody is opposed to the idea that companies must pay their fair share and contribute more to the common good, but why would various countries and territories who are currently benefitting from companies avoiding America’s higher taxes willingly give that up? Why would the rest of the world agree to import America’s problems? Yellen and the Democrats miss the point – the problem of companies not paying their “fair share” is an inevitable structural outcome of US capitalism as it is. You can’t change this without changing the system.

The United States might be described as a ‘Bourgeoise democracy’ in the finest sense of the term, that is, whilst the country on paper is a ‘democracy’, in practice this is a state which is dominated by a coalition of the super-rich and is subsequently skewed towards their interests, as opposed to those of the ordinary people. This was, after all, a country created out of a controversy that its land-owning classes were being taxed too much without having a say on it, and revolted against the premise of a Monarchy entirely. As a result, what America’s political right styles as ‘liberty’ frequently refers to the liberty of the rich, the concept that excessive taxation is inherently bad and therefore ‘big government’ ought to be resisted and avoided.

Of course, modern America is a bit more than a coalition of landowners, and the maintenance of a modern state (along with its astronomical military budget) inevitably requires taxation and not at a low level either. This creates a huge contradiction within the country’s institutional and legal structure; it is a country that tends to the interests of the rich, but still needs taxation. It is not surprising on this note that America’s richest individuals and corporations respond to these conditions by utilizing places that we describe as ‘tax havens’ – that is, small locations which, lacking large populations, industrial bases and the capacity to trade, seek to lure the capital of the ultra-rich who simply seek to pay less. There are a few of these places around the world, many are in the Caribbean, including the Cayman Islands, the Virgin Islands and Bermuda, but there’s also the British Island of Jersey, Panama and Hong Kong.

The existence of tax havens and other legal loopholes means that American multinational giants, such as Amazon, manage to effectively pay little to no federal tax whatsoever by rerouting their profit accountings to various havens. Facebook is another offender, as are Starbucks, Netflix, Delta, General Motors – the list goes on, you get the picture.

Now of course, one cannot fault American politicians for at least rhetorically voicing displeasure at this awful phenomenon which costs the US hundreds of billions of dollars every year, but that is about as far as it will go. This is a made-in-America problem. Janet Yellen is now effectively asking other countries to pay their share for exploiting the excessive greed of American companies. Why should they?

She says, “America first must never mean America alone” – but the last part of the sentence is meaningless because when examined, this proposal of a universal corporate tax rate is essentially a Trumpian idea in all but name, the idea that other countries should “pay” for something that benefits America.

For example, that South Korea should pay more to host American troops on its territory, that NATO should “pay more” for staying in the American-led alliance? What is the difference? In establishing a universal corporation tax, you are effectively asking numerous countries to forfeit a key source of revenue and investment in order to suit US preferences. If this is going ahead, then places such as the Cayman Islands might as well just close down tomorrow, because they will become totally obsolete – that’s hardly a bad thing, but it illustrates the mundane lack of realism in such a misguided proposal.

The bigger point is that these places are extensions of America’s capitalism-on-steroids system, and you can’t get rid of the phenomenon of ‘tax avoidance’ save you completely change this socio-economic order and establish a regime which is not run on behalf of the wealthiest, which the Democrats are not truly prepared to do because they are ultimately vested in it themselves. Would, for example, bills on a seriously tough tax regime ever make it through Congress? Where the majority of its members are millionaires? Ask yourself why not.

Thus, the inherent conflict of interest embedded within American politics is mustered between private interests and state interests; it is a structure which ultimately wants people and businesses to pay more, yet concurrently incentivizes and rewards bad behaviour otherwise, creating the odd proposal that other countries ought to comply with US demands in order to keep US capital rooted at home.