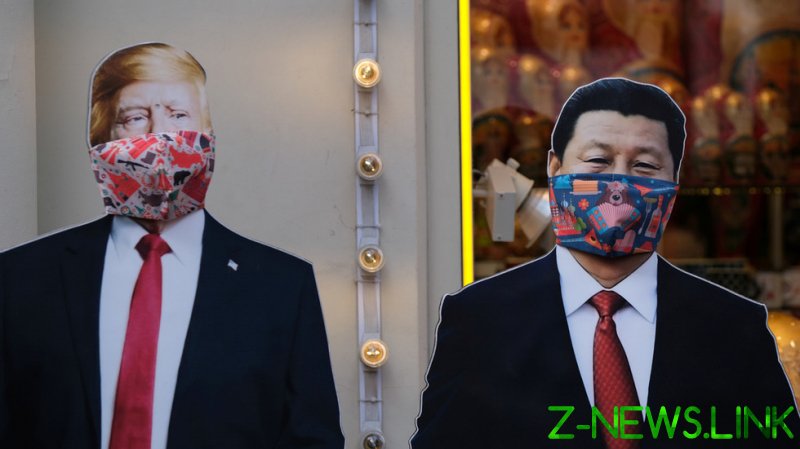 The US violated the General Agreement on Tariffs and Trade (GATT) treaty when it imposed 25 percent tariffs on $234 billion in Chinese goods in 2018, the WTO declared in its ruling on Tuesday, finding in favor of Beijing in the ongoing trade dispute between the two countries.

The three-person panel affirmed the tariffs, which Washington has broadened to cover $550 billion in Chinese exports, violated two GATT provisions and stated that the US has not justified their necessity under a third provision.

China had argued the US tariffs violated GATT’s most-favored treatment provision because they did not apply equally to other WTO member countries. It also claimed the Trump administration had violated a dispute-resolution provision that requires countries to appeal to the WTO to settle disputes before slapping retaliatory tariffs on another country.

President Donald Trump justified the China tariffs by citing a 1974 law allowing the president to impose tariffs and other restrictions on imports in retaliation for unfair trade practices and other tactics that disadvantage the US commercially, insisting the levies were necessary to counter China’s allegedly rampant violation of intellectual property rights, particularly in the technology sector. However, it did not attempt to resolve the “dispute” through the WTO before kicking off what has become a grueling two-year trade war.

China’s Ministry of Commerce hailed the decision, expressing hope that the US would “respect the rulings of the WTO” and “take practical actions” to bring its policies into line with the ruling.
However, the international trade body might have a tough time enforcing it. The US can appeal the decision at any time within 60 days, an act which would essentially veto it, since Washington has hamstrung the WTO’s appellate department by refusing to appoint a representative to it.

The US on Tuesday slammed the decision – and the WTO itself – as “completely inadequate” in holding China “accountable” for its alleged trade transgressions. Trade Representative Robert Lighthizer insisted the US must be allowed to “defend itself” against unfair trade practices and maintained the ruling would not affect Phase I of the proposed trade agreement between the US and China.

Democratic presidential candidate Joe Biden said last month that he would remove the Trump tariffs from Chinese exports – only for an aide to revise the statement, clarifying that Biden would “reevaluate the tariffs upon taking office.”