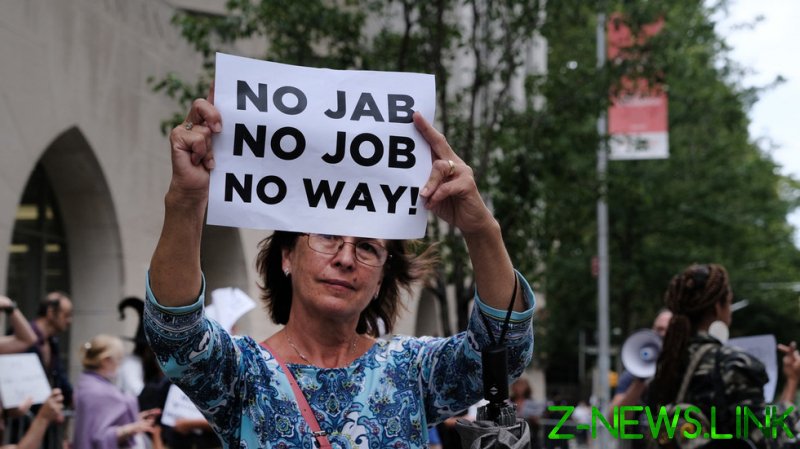 Just one day after the emergency appeal was filed to the nation’s highest court, Justice Sonia Sotomayor on Friday denied the request to hear the case. Sotomayor, who handles emergency filings from New York, offered no comment on the decision.

New York City’s vaccine mandate for public school employees went into effect at 5pm on Friday, putting thousands of workers at risk of losing their jobs. Mayor Bill de Blasio ordered the forced jabs in August, saying New York’s 148,000 school employees must get their first vaccine dose by September 27. About 18% of staffers, including 12% of teachers, reportedly haven’t been inoculated.

Lawyers for the teachers who fought the mandate in court argued that it would violate their fundamental right to pursue an occupation. They also said the order was unfair because many other city workers who have contact with the public, such as police and firefighters, were allowed to take weekly Covid-19 tests rather than take the shots.

The Supreme Court has now declined to intervene in two cases challenging school vaccine mandates. Justice Amy Coney Barrett rejected an emergency appeal in August by students who sought to nullify Indiana University’s jab mandate. She noted no dissenting opinions from other justices.

California Governor Gavin Newsom, who previously ordered all public school staffers to be vaccinated against Covid-19 or submit to regular testing, said on Friday that schoolchildren will also have to take the jabs once a vaccine is approved for their age group.