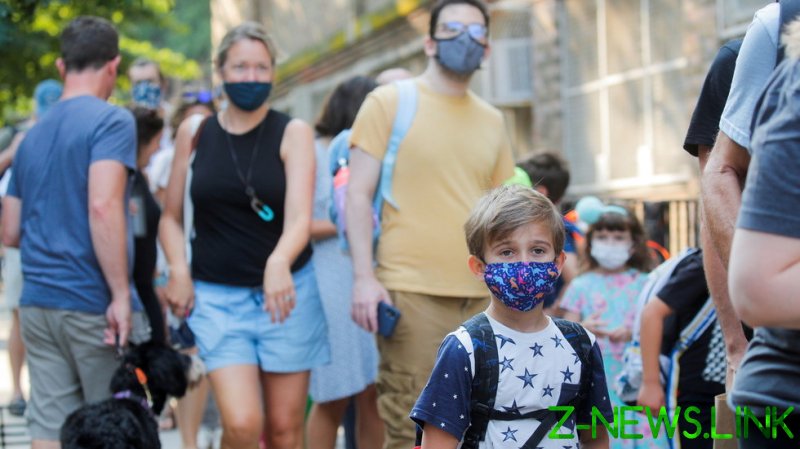 The adviser’s comments come less than 24 hours after an FDA advisory panel voted overwhelmingly in favor of authorizing the Pfizer-BioNTech vaccine for children aged between five and 11. Though the panel’s determination is not binding, the regulator tends to follow its recommendations, and approval for the younger age group is expected sometime in the next week.

Currently, the Pfizer jab is authorized for anyone 12 and older, while Moderna and Johnson & Johnson’s formulations remain approved only for adults over the age of 18. Additional booster doses of each jab have also been given the FDA’s blessing for certain high-risk groups, including a “mix-and-match” approach that allows for combinations of different vaccine doses.

Moderna, meanwhile, recently announced initial trial results for its vaccine in kids aged six to 11, saying the jab was “generally well tolerated” and produced a “robust neutralizing antibody response.” Though the company has completed recruitment for participants in its trial for the six-12 age group, it says it is continuing research for even younger recipients, including those just “six months to under six years of age.”

Centers for Disease Control and Prevention (CDC) head Rochelle Walensky also attended Wednesday’s briefing. Asked about concerns of potential “unknown side effects” for younger vaccine recipients and whether that would mitigate regulators’ decision-making, Walensky demurred, saying “we’re seeing disease in children and we’ve seen deaths in children” without addressing the question of possible side effects.

The FDA previously noted that while there is an increased chance for certain negative side effects in younger age groups – namely a form of heart inflammation known as myocarditis – it concluded earlier this month that “the overall benefits of the vaccine may still outweigh the risks.”