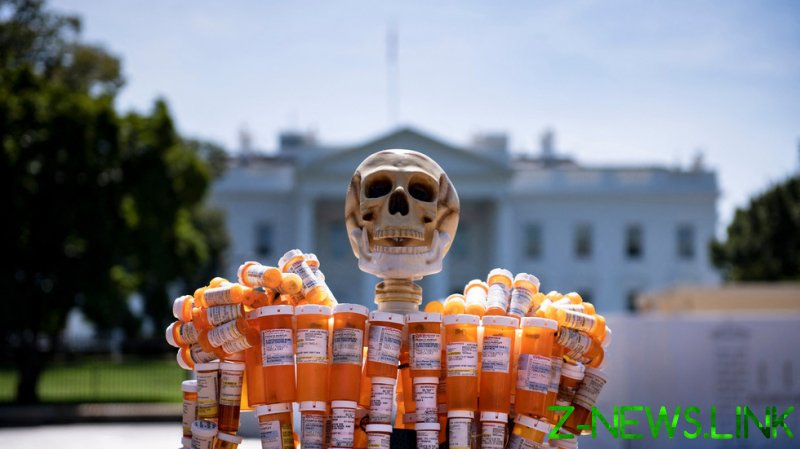 Judge Robert Drain of the US Bankruptcy Court in White Plains, New York authorized the settlement on Wednesday, forcing the Sackler family – which owns Purdue – to shell out more than $4 billion and dissolve the company after a flurry of lawsuits linked to OxyContin and its role in America’s opioid crisis.

“This is a bitter result,” Drain said of the deal, which released the Sacklers from future liability in opioid-related civil cases. The judge noted that Purdue’s products had contributed to a “massive public health crisis” that’s led to hundreds of thousands of overdose deaths and a wave of addiction, and voiced frustration that large amounts of the Sacklers’ family fortune is stored in offshore accounts.

While the deal does not forbid criminal prosecution for the family, to date no government or individual has attempted to press criminal charges against the Sacklers, as such cases are more difficult to prove in court. Purdue itself, however, pleaded guilty to criminal charges last year in a fraud case linked to its opioid sales.

The US Department of Justice, along with attorneys general for nine states and Washington, DC, vocally opposed the settlement plan, with the DOJ filing a series of briefs in recent weeks urging Drain to reject the deal. “Due process requires that those with litigation claims have reasonable opportunity to be heard,” DOJ lawyer Paul Schwartzberg argued during the trial.

Opponents also insisted the $4.5 billion settlement amounted to a slap on the wrist for the wealthy Sacklers, who reportedly raked in some $10 billion from Purdue between 2008 and 2017. A Congressional committee probing the family earlier this year, moreover, estimated it had a combined worth of around $11 billion.

Several states have already signaled plans to appeal the decision, including the attorney general for Washington state, Bob Ferguson, who blasted the settlement as “morally and legally bankrupt,” arguing that it “allows the Sacklers to walk away as billionaires with a lifetime legal shield.”