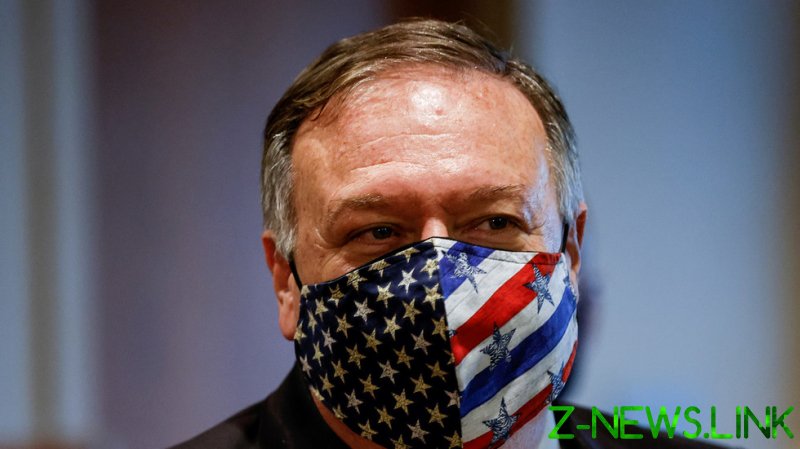 When it comes to Iran and the Iran nuclear deal (formally known as the Joint Comprehensive Plan of Action, or JCPOA), President Trump has been singularly focused on one outcome–to bring the Islamic Republic back to the negotiation table for the purpose of producing a “better deal” than the one done by his predecessor, Barack Obama, in July 2015. For the former New York realtor and reality television star-turned Chief Executive, it does not get any simpler than that–he is, after all, the consummate (if self-proclaimed) “deal maker.” How the deal is made, and even what constitutes the deal, is less important than the deal itself. This goal dominated his thinking about Iran as a candidate and continues to do so as President.

The precipitous decision to withdraw from the JCPOA in May 2018 was driven more by the perceived need to begin shaping the diplomatic battlefield in support of a new negotiation than any legitimate national security concerns. Trump’s goal all along has been to compel Iran, through the implementation of economic sanctions combined with political isolation, to scrap the Obama-era JCPOA and sit down with the new American “deal maker” to craft a “big deal” that would make everyone happy.

America versus the world

The problem from the start, however, was that the United States was alone with its displeasure over how the deal was being implemented. Among the other parties to the JCPOA (France, Great Britain, Germany, the EU, Russia, China and Iran), the agreement was proving its viability by preventing Iran from engaging in any “breakout” actions that could result in Iran obtaining enough fissile material from its centrifuge-based uranium enrichment program to build a nuclear device. Trump, however, had latched on to the so-called “sunset clauses” of the JCPOA, which lifted restrictions on Iran’s use of centrifuges after a period of several years, allowing Iran to blow-past the hypothetical calculations regarding nuclear “breakout,” and thereby mooting the fundamental purpose of the JCPOA to begin with.

The US decision to unilaterally withdraw from the JCPOA has proven to be an unmitigated policy disaster, one that has empowered Iran, Russia and China as the “aggrieved parties,” and driven a wedge between the US and its European allies. Rather than admit defeat and help restore the status quo by re-entering the JCPOA, the Trump administration has instead opted to double down, threatening to reimpose UN sanctions which had been suspended upon Iran’s entry into the JCPOA via procedural mechanisms contained in the body of that agreement calling for the “snap back” of sanctions if any party is dissatisfied with the compliance of another. The real purpose of the US gambit to reimpose “snap back” inspections wasn’t any malfeasance on the part of Iran’s nuclear program, but rather a desire to prevent the automatic lifting of an arms embargo that had been spelled out in the body of the JCPOA. This embargo was scheduled to automatically terminate come October 2020.

The US sought to pressure the Security Council into passing a resolution which would permanently extend this embargo. Both Russia and China had promised to veto, so the resolution’s defeat was inevitable. The goal in pushing for it, however, was to persuade at least nine other members of the 15-member body to vote in favor, thereby providing the US with the moral high ground when approaching the Security Council about re-imposing “snap back” sanctions. Most of the other members of the Security Council, recognizing that if they intervened to reverse a clause mandated by the JCPOA, they would put Iran’s continued participation in the agreement at risk, instead abstained from voting on the resolution. Only the Dominican Republic sided with the US; Russia and China, as expected, cast their vetoes.

Trump’s deal or no deal

Having failed to secure the moral high ground, the US could have admitted defeat and regrouped, trying to find another, less controversial way forward. But the US policy of “maximum pressure” brooks no such weakness, especially when Donald Trump has bragged that he will secure a new deal with Iran within four weeks of his being re-elected. To even have a shot at this, the US would need to not only maintain the existing unilateral sanctions regime it is enforcing on Iran, but also increase the pressure, something that could only be done by re-imposing UN sanctions via the “snap back” mechanism of the JCPOA.

If the US were to succeed in “snapping back” UN sanctions, the JCPOA would be dead in the water, as there would be no way Iran would continue to comply with an agreement which no longer delivers on its promises. The other parties to the JCPOA understand this and indicated their unwillingness to go along with the US scheme. Moreover, these nations believe that by having withdrawn from the JCPOA, the US was no longer a “participant” to that agreement, and as such, had no jurisdictional or legal authority to initiate the “snap back” provisions.

On August 20, Secretary of State Mike Pompeo, ignoring the warnings from the other JCPOA parties, met with the President of the Security Council for the purpose of delivering a letter announcing that the US was activating the “snap back” procedures, and that in 30 days it would be calling for a vote on the matter by the Security Council. Almost immediately the US actions were condemned by the other parties of the JCPOA, with France, Great Britain and Germany calling the US move “incompatible with our current efforts to support the JCPOA”, and both Russia and China terming the effort “illegal.”

Tearing down UNSC is an acceptable outcome for the US

The Trump administration, faced with this united opposition, has shown no indication it is willing to back down. The UN Security Council is navigating uncharted waters, having never been confronted with a challenge of this nature in its entire 75-year history. There is every reason to believe that the US will submit a resolution for consideration following the expiration of the 30-day notification period, and then veto it itself, thereby triggering the automatic “snap back” of UN sanctions. There is also every reason to believe that the Security Council will seek to block the US through various procedural formalities designed not to formally recognize the US demands, and thereby preventing the submission of any resolution.

If this were in fact to occur, it would mean the functional death of the UN Security Council, an outcome many in the Trump administration appear willing to live with. Faced with the inevitability of this outcome, some members–especially the French, Germans and Brits–may be compelled to reexamine their position on the lifting of the arms embargo, seeking a compromise solution that salvages the JCPOA while denying Iran access to Russian and Chinese armaments. This may be the goal of the US all along. If so, it is an extremely dangerous one that is based on a false predicate, namely that there is a combination of economic and diplomatic pressure that can be placed on Iran to compel it to renegotiate the JCPOA. Simply put, there is not, and for the Trump administration to proceed as if there is only endangers regional and international peace and security.