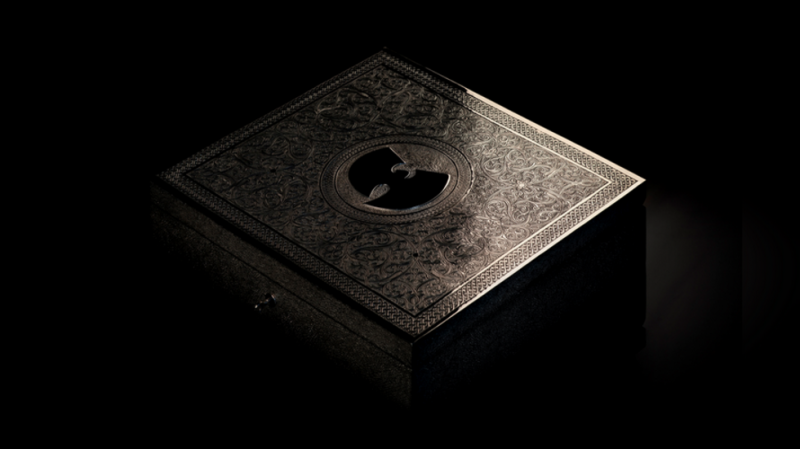 ‘Once Upon a Time in Shaolin’ was sold to an anonymous buyer for an undisclosed sum, the Brooklyn US Attorney’s Office announced in a press release on Tuesday. While the sale price was undisclosed, it was enough to satisfy the remaining balance on a forfeiture judgment of approximately $7.4 million, owed by Shkreli since 2018.

The album, and Shkreli himself, have undergone a long and bizarre journey to reach this point. ‘Once Upon a Time in Shaolin’ was released by the Wu-Tang Clan in 2015, though not to rap fans worldwide. Instead, a single two-CD copy inside a jewel-encrusted silver box was held in a vault in Morocco, before it was auctioned off by Paddle8, a New York auction house.

Shkreli bought the album that year for $2 million, and in doing so entered into an agreement that he could not commercially exploit it until the year 2103. He promised fans that he would release it for free if Donald Trump won the 2016 election, and streamed excerpts online when Trump defeated Hillary Clinton.

At the time, Shkreli was a public enemy over his company acquiring the rights to the antiparasitic medication Daraprim and raising its price by more than 5,000 percent, though he insisted that the few Daraprim patients in the US had their bills covered by insurance, and that the price hike would fund further research into new drugs.

However, Shkreli continued to attract attention with outlandish statements and publicity stunts. While out on bail for securities fraud in 2017, he infamously put out a bounty of $5,000 for a strand of Hillary Clinton’s hair, a move that saw his bail revoked and Shkreli jailed.

Shkreli handed over the album, along with other personal assets including a Picasso painting, to the government the following year, when he was sentenced to 84 months behind bars for misleading investors in two failed hedge fund ventures.

Whether the new owner will let anyone listen to the album is unknown. As for Shkreli, the former pharmaceutical executive will be eligible for release from prison in late 2023.