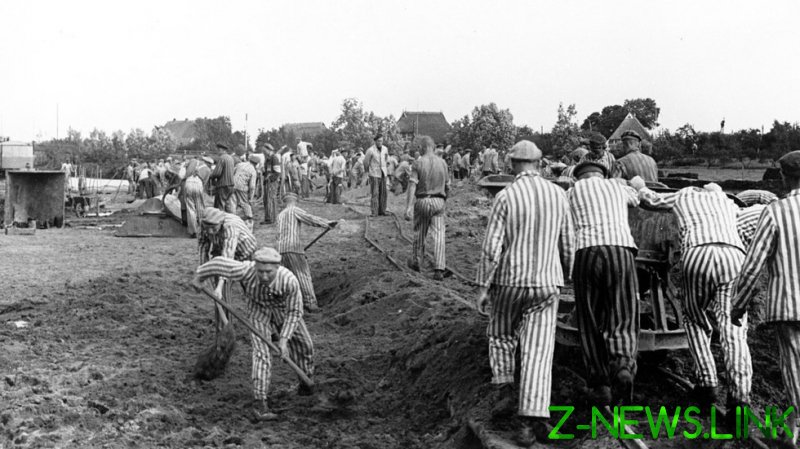 Friedrich Karl Berger was deported to his native Germany on Saturday, a year after an immigration judge in Tennessee ordered him removed due to his “willing service as an armed guard of prisoners at a concentration camp where persecution took place.” Berger had lived in Tennessee since 1959, but served in 1945 as an armed guard of concentration camp prisoners in the Neuengamme Concentration Camp system, where prisoners were forced to labor “to the point of exhaustion and death,” in the judge’s words.

Touching down in Frankfurt, the nonagenarian Nazi was questioned by police but not arrested, as German prosecutors had dropped their case against him last year, after they could not prove his complicity in any abuse or killings.

As time passes and the number of living World War II veterans dwindles, the prosecution of aging Nazis has become a largely symbolic gesture. In the US, Jewish “Nazi hunter” Eli Rosenbaum oversees these cases as Director of Human Rights Enforcement in the Justice Department. Prosecuting cases like Berger’s, Rosenbaum’s department has deported more than 100 elderly Nazis since its inception in 1979, more than authorities in all other countries of the world combined.

In Germany, where the Holocaust is still a potent source of national shame, the government widened the scope of complicity a decade ago, and has since prosecuted more than 200 people for alleged involvement in Nazi crimes, according to a recent New York Times report. This month alone a 95-year-old woman was charged with 10,000 counts of accessory to murder from her time as a concentration camp secretary, and a 100-year-old former SS concentration camp guard was charged with aiding and abetting 3,518 murders at the Sachsenhausen death camp.

“These cases are important contextually, but also symbolically,” Axel Drecoll, director of the Brandenburg Memorials Foundation, told the New York Times. “It shows that the German justice system takes seriously and continues to pursue these crimes. It is eminently important.”

However, Germany’s relations with people accused of having Nazi links are not without controversy. While German prosecutors and “Nazi hunters” like Rosenbaum pursue the elderly with zeal, recent media scandals have highlighted the fact Berlin is still paying pensions to former Nazis and their collaborators around the world. According to the US Justice Department, Berger has been receiving a pension for his “wartime service,” as have more than 30 Dutch Waffen SS veterans and dozens of Belgian SS men and Nazi collaborators.

Germany passed a law in 1998 allowing benefits to be stripped from former troops if there’s proof of their involvement in war crimes. But 76 years after the war, establishing proof is difficult, and the measure has so far only been applied to around 100 people.