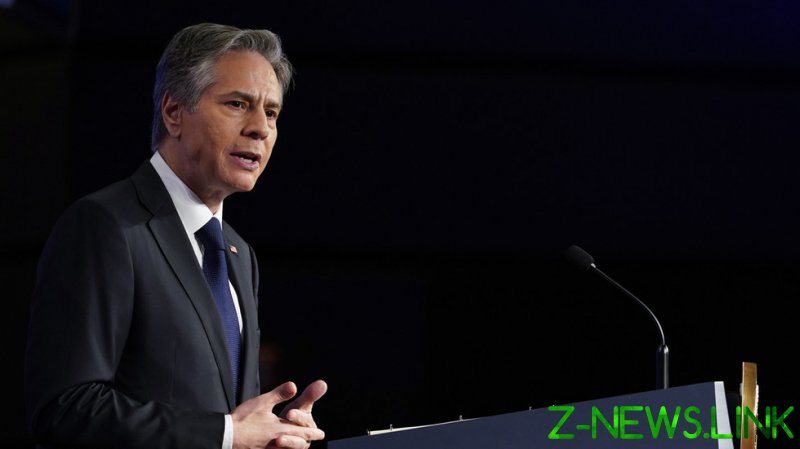 US Secretary of State Anthony Blinken declared on Thursday that Washington’s policy of strategic ambiguity toward Taiwan remains intact, despite President Joe Biden having promised to involve the US military in the event of a Chinese invasion. Blinken is the second senior Biden administration official to correct the president’s statement.

Biden angered Beijing on Monday by declaring that despite abiding by the ‘One China Policy’, the US would involve its military in any potential conflict between China and Taiwan. Although the White House swiftly clarified that the president’s words did not represent a change to the US’ long-standing recognition of China’s sovereignty over Taiwan, Chinese Foreign Ministry Spokesman Wang Wenbin said that the US leader’s comments put him at “opposition to the 1.4 billion Chinese people.”

“On Taiwan, our approach has been consistent across decades and administrations,” Blinken told reporters on Thursday. “As the president has said, our policy has not changed. We do not support Taiwan independence, and we expect cross-strait differences to be resolved by peaceful means.”

Under the 1979 Taiwan Relations Act, the US recognizes, but does not endorse, China’s sovereignty over Taiwan. While the act codifies the US’ ‘One China Policy,’ it also authorizes informal diplomatic relations with the government of Taiwan, and allows Washington to provide Taipei with enough military support “to enable Taiwan to maintain a sufficient self-defense capabilities.”

The act does not guarantee or rule out US military intervention should China threaten to assimilate Taiwan by force. Instead it considers any attempt to change Taiwan’s status a threat “of grave concern to the United States,” language intended to dissuade China from going down that road, and to dissuade Taiwan from issuing a formal declaration of independence. 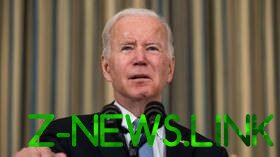 Blinken’s statement came two days after Defense Secretary Lloyd Austin issued his own similarly-worded clarification to Biden’s promise of military support for Taiwan. Speaking to reporters on Tuesday, Austin said that “our One China Policy has not changed.”

However, Blinken said on Thursday that “while our policy has not changed, what has changed is Beijing’s growing coercion.” He accused China of “provocative rhetoric and activity” toward Taiwan, citing alleged flights into Taiwanese airspace by Chinese aircraft. Earlier this month, authorities in Taipei accused the Chinese military of flying 18 aircraft, including two nuclear-capable bombers, into its air-defense zone.

These actions, Blinken said, “are deeply destabilizing. They risk miscalculation and threaten the peace and stability of the Taiwan Strait.”

Biden, however, has been accused of threatening peace and stability with his own words. Back in March, he announced that Russian President Vladimir Putin “cannot remain in power,” a statement that the White House attempted to walk back as a “reflection of his emotional connection” to Ukraine, but one that the Kremlin interpreted as “alarming.” Republican Senator Rand Paul (Kentucky) reacted by declaring Biden’s “cognitive decline” a “national security risk.”