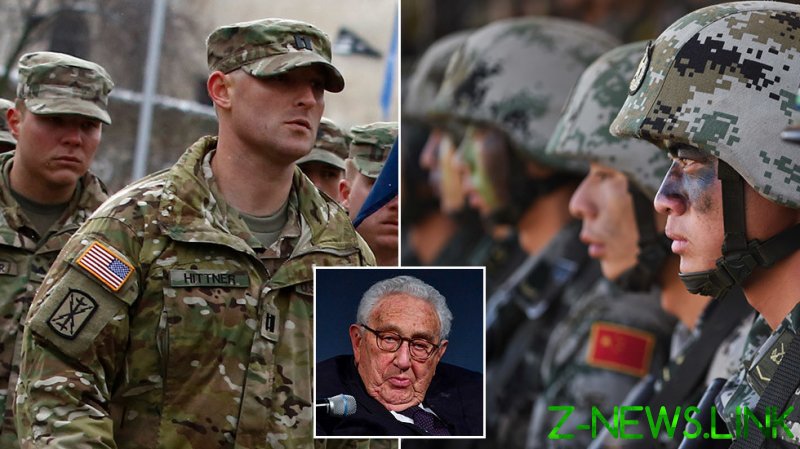 “Our leaders and their leaders have to discuss the limits beyond which they will not push threats, and how to define that,” said Kissinger, a top diplomat during the Nixon administration, who is credited with orchestrating US rapprochement with China.

“You can say this is totally impossible, but if it is, we will slide into a situation similar to World War I,” he warned.

The development of technology like artificial intelligence (AI) has ushered a leap forward possibly unlike any other since the introduction of the printing press, making the world too complex for unilateralism, Kissinger said.

Washington needs “a new way of thinking” that would acknowledge that today no country is able to “achieve such a unilateral superiority in both strategy and economics that nobody will be in a position to threaten” it, he added.

“This is a big challenge for any administration, and it’s not a partisan challenge, it’s a historic challenge because we can’t review it every four to eight years, and if we cannot get clear in our own country about this, we can’t deal with other countries.” Kissinger suggested that the proposed talks with China should be conducted over many years to transcend partisanship in the US.

The former diplomat issued his warning on Wednesday during a virtual event hosted by the Economic Club of New York. Economist John Williams, who chairs the Federal Reserve Bank of New York, was the other guest at the discussion.

The Trump administration has pursued confrontation with China on several fronts. Among other things, it imposed tariffs on Chinese exports to the US, pressured Chinese tech and communications companies out of American markets, and attempted to blame Beijing for the damage caused by the Covid-19 pandemic.

Anti-Chinese rhetoric was somewhat adopted by his Democratic rival in the presidential election, Joe Biden, who once championed Chinese accession to the World Trade Organization. The broad promise to be tough on China, contrary to how the Trump campaign depicts him, may or may not translate into policy, in the event that Biden wins the presidency in November.