Home / WORLD / US ban on investing in Chinese companies has the opposite effect, it strengthens China & diverts money from Wall Street

US ban on investing in Chinese companies has the opposite effect, it strengthens China & diverts money from Wall Street 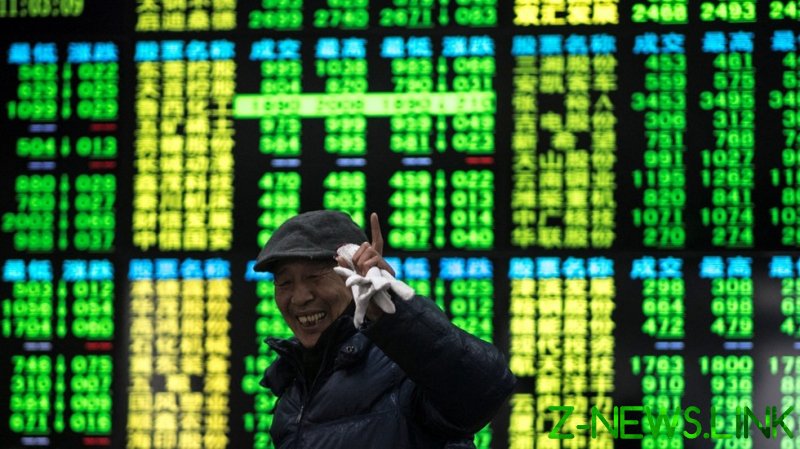 President Joe Biden on Thursday expanded a Trump-era ban on American investments in Chinese companies that Washington believes to be associated with China’s “military-industrial complex.”

The list includes 59 companies and covers swathes of sectors from aerospace industries, to railways, to nuclear power, to oil, telecommunications and, of course, semiconductors. They might be more accurately described as “strategic firms” as opposed to merely military ones.

American investors will be banned from buying or selling publicly traded securities of these companies after Biden’s executive order comes into effect on August 2.

However, will this decision – as policymakers in Washington hope – starve the banned Chinese companies of much-needed foreign coin and prevent them from pursuing China’s technological advancement? The answer is no, it won’t.

America’s financial markets are the largest in the world and the most lucrative, but they aren’t a life-or-death sentence for many companies on this list, which for the most part are state-owned or subsidized and not exclusively dependent on direct American capital in order to pursue their goals and business activities, and the ban won’t deter third parties from investing in them.

If Chinese companies need big capital inflows, they have two safe bets to choose from: Hong Kong and Shanghai, two of the world’s largest financial centres. If they cannot list themselves in New York, then they certainly can concentrate on these locations – as many of the blacklisted firms have already done.

Take, for example, Semiconductor Manufacturing International Corp (SMIC) and China Railway Corp. Both are listed on Hong Kong’s stock exchange. China Mobile, which was initially banned by Donald Trump and has since been delisted from the New York Stock Exchange (NYSE), is preparing a $6 billion IPO in Shanghai. The US decision hasn’t stopped it reeling in capital but has had the adverse effect of steering this money away from Wall Street.

And that is very much the reality the Biden administration is up against. There are few actual means they can use to stop global capital pouring into China, which in 2020 became (even if temporarily) the largest destination for foreign direct investment in the world.

International confidence in China’s markets is strong, which has also led to capital in the form of bonds to smash down the doors so uncontrollably that it’s contributing to an increasingly surging yuan. In this case, even if Americans cannot directly invest in these firms anymore, arguably, indirectly they still do, as they are supplementing China’s financial system and markets irreversibly, illustrating how such measures in practice have very little impact.

Take, for example, Hangzhou Hikvision; a security camera and surveillance firm that is one of the most restricted companies now in the US alongside Huawei. It was on the first investment ban under Trump, adding to its presence on the commerce department entity list and federal government procurement bans already put in place. Its stock price on Shenzhen Stock Exchange (SZSE) is currently more than double that of the previous year, as the Covid-19 pandemic has caused demand for thermal sensitive cameras to surge worldwide. This means that the company isn’t dependent on American capital to grow, invest and research. Huawei may be a lesson in how the US can exploit sensitive elements of the supply chain they dominate to damage companies, but the investment path does not have teeth.

In this case, whilst the Biden administration wants to try and slow down China’s technological development with this latest ban, the effect is negligent. All this manages to achieve in practice is to strengthen China’s own financial centre prospects by lulling third-party capital away from New York City and into Shanghai and Hong Kong.

This effectively isolates America and makes its global scope smaller. Whilst the Dow Jones, S&P 500 and the like are behemoths, what happens when the Shanghai Composite matures over the years and grows? It’s had a bumpy ride with some market bubbles in the past, but its trend is on the up. This all goes to show that these are short-sighted decisions and they don’t constitute a long-term strategy to maintain American technological dominance.

Hysteria over China and desperation to appear tough is not a substitute for staying on top.