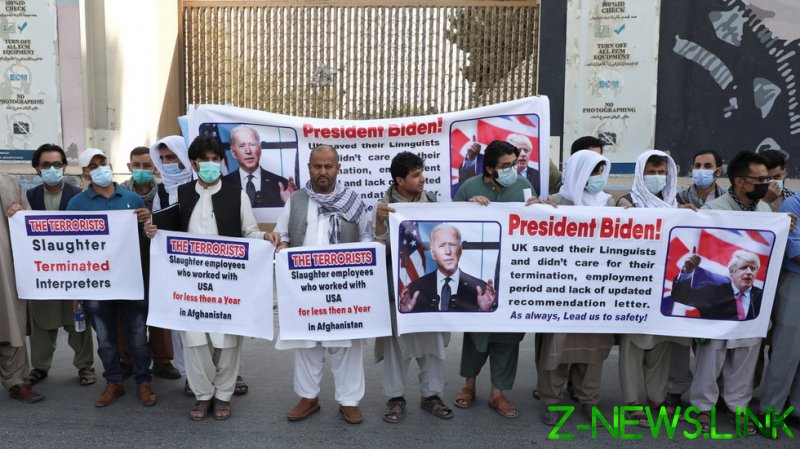 Afghanistan’s neighbors Tajikistan and Uzbekistan, as well as Kazakhstan, may shelter as many as 9,000 Afghans qualified for the so-called Special Immigrant Visa (SIV) program. It is meant for people who worked for the US government or the NATO-led coalition that invaded Afghanistan two decades ago and now face retribution in their home country.

The agreement will be part of a broader deal between the US and the three Central Asian nations on the role they will play after the US withdraws most of its troops from Afghanistan, Bloomberg reported on Friday. Washington wants to use their territory to launch intelligence-gathering, surveillance and reconnaissance operations, according to Bloomberg’s sources, which were not named by the outlet.

There are an estimated 18,000 Afghans eligible to get US residency for themselves and their family members under the SIV program, but applications from just half of that number have just started to be processed.

The slow pace has been a source of constant frustration for the applicants and their supporters, especially since April, when President Joe Biden ordered the withdrawal of US troops from Afghanistan. Critics of the decision said it would lead to a Taliban takeover of the country, with dire consequences to those who were helping the US while its military propped up the government in Kabul.

The Biden administration promised to streamline the vetting process for SIV applicants. A bill cutting through some of the red tape was passed earlier this week by the House of Representatives.

The White House last week said it intended to evacuate SIV-eligible people out of Afghanistan, but did not disclose where. A State Department spokesman on Thursday said those already in the SIV pipeline will be offered “the option to be relocated to a location outside of Afghanistan” as they wait for their applications to be processed.

Previously the US Pacific island of Guam was suggested as a possible destination for the evacuees. Governor Lou Leon Guerrero indicated her willingness to host the Afghan refugees, offering her cooperation to President Biden. According to Bloomberg, the suggestion was not seriously considered in Washington due to concerns that it would be legally impossible to force out those whose applications would be rejected.

On Friday, the last US troops vacated one of the linchpins of Washington’s military presence in Afghanistan, Bagram Air Base. The Pentagon reportedly hopes to announce completion of the withdrawal of troops from Afghanistan before the end of the week. As many as 1000 American soldiers will nevertheless reportedly stay behind to guard the US embassy in Kabul and the capital city’s international airport.