Home / auto / Up for sale is a legendary Lamborghini 1994

Up for sale is a legendary Lamborghini 1994 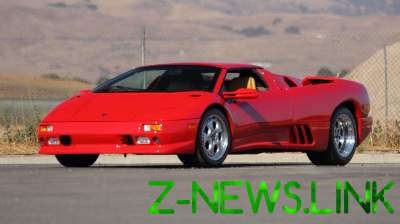 In UK put up for auction the Lamborghini Diablo, extant in perfect condition.

Brand Lamborghini no introduction needed and a success that 25 years ago, today.

It is therefore not surprising that some second-hand supercars are no less success than new. Especially when we are talking about a car which thanks to his condition can be called “time capsule”. A car just like this November 25 to be auctioned at the Historics at Brooklands auction in Velikobritanii. Talking about red Lamborghini Diablo VT, released in 1994. The car is equipped with a 5.7-liter V12 engine, developing 492 HP of power and 580 nm of torque. Like all the cars version of VT, this Lamborghini all-wheel drive. From standstill to 100 km/h the car accelerates in 4.5 seconds and a top speed supercar is 325 km/h.

Despite the fact that it is a very powerful car, a Lamborghini Diablo was not devoid of comfort. For example, I got a car seat and steering wheel electrically adjustable, power Windows, audio system with CD changer and Breguet watches on the front panel – option, which was absent on other supercars. No less interesting is the history of this Lamborghini Diablo VT. The car was produced in RHD version and was originally intended for a client from London. But at the last moment, the British refused to buy, and ultimately supercar straight from the factory bought a resident of Italy, who became the sole owner of this car. For 23 years, Lamborghini traveled only 13 of 380 km.

However, in 2001, specialists of Lamborghini London was completely rebuilt transmission and recently had a full maintenance of the car. Currently, the red Diablo VT is in the UK, where put on the account. In addition, the owner has preserved a set of original instructions and leaflets on car and first owner.

In General, the car is the perfect find for the collector. It is therefore not surprising that the price of 23 letnego Lamborghini Diablo VT can be comparable to the cost of the new supercar. The organizers of the auction expect that the car will be sold at least 130,000 pounds, which roughly corresponds to 175 000$. 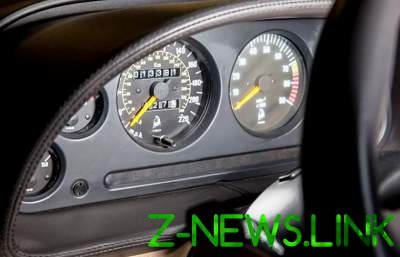 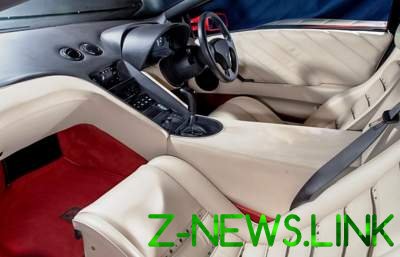 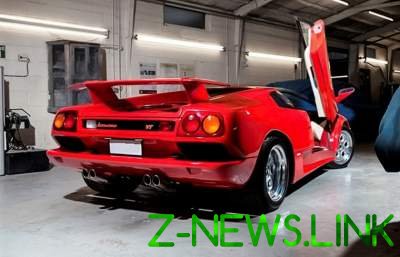