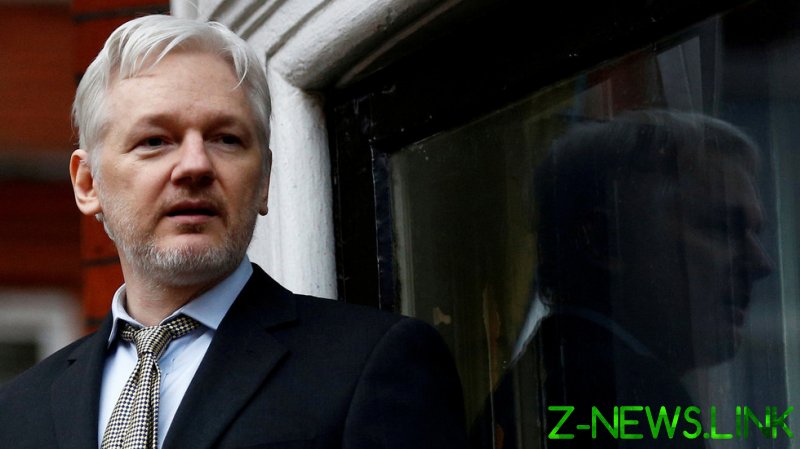 Assange’s fiancee Stella Moris, Geneva Mayor Frederique Perler, and UN Special Rapporteur on Torture Nils Melzer called for the journalist’s release and an end to US extradition proceedings against him on Friday.

Melzer, who also serves as the Swiss human rights chair at the Geneva Academy, called Assange’s incarceration “one of the biggest judicial scandals in history” and referred to the WikiLeaks founder, as well as whistleblowers Edward Snowden and Chelsea Manning, as the “skeletons in the cupboards of Western countries.”

“Are you teaching your children that it’s a good thing or a bad thing to tell the truth?” he continued, concluding that he cannot leave his children a world “where it has become a crime to tell the truth because, once that has happened, we are living in tyranny.”

A temporary monument to Assange, Snowden, and Manning was unveiled in Geneva on Friday. The mobile art installation, made by Italian artist Davide Dormino in 2015 and dubbed ‘Anything to Say?’ shows the three figures standing on chairs with a fourth empty chair next to them. A petition set up by the Geneva Press Club also went live, demanding Assange’s immediate release.

The Geneva Press Club also called on democratic states such as Switzerland “to ensure Julian Assange [has] a territory of refuge where he can protect himself from new prosecutions.”

Though he has not been found guilty of any crime, Assange has spent over two years in Her Majesty’s Prison Belmarsh, a maximum-security jail which has housed some of the UK’s most infamous and dangerous criminals, including several high-profile terrorists, serial killers, and rapists. Assange remains at Belmarsh despite a judge ruling in January that he could not be extradited to the United States due to mental health concerns.

Assange’s fiancee said on Saturday that the journalist is “barely hanging on” in the prison and has been in “a terrible state, unable to even string a sentence together” as he is confined to a small cell for 22 hours a day.

“Julian is not violent, he is not a danger to society. He is a publisher and this case is about freedom of information. This situation shames the UK’s justice system. It is a blight on the UK’s global reputation,” Morris declared, as quoted by the Daily Mail.

She called it “unacceptable” that a “foreign power” like the United States is able to “tell Britain what to do.”

“It’s time for President Joe Biden to drop the charges against Julian, and Boris Johnson should ask him to do so at the G7 meeting in Cornwall this week. Hopefully then, justice will prevail,” Morris concluded.

The Mail reported that Assange “has a cork board” in his prison cell “on which he has pinned pictures of his two youngest sons – Gabriel, four, and Max, two,” and he also “feeds a pair of mallards nesting beneath his cell window.”

The 47th G7 summit is set to take place in the UK between June 11 and 13. The UK, the US, Canada, France, Germany, Italy, the European Union, and Japan will participate.