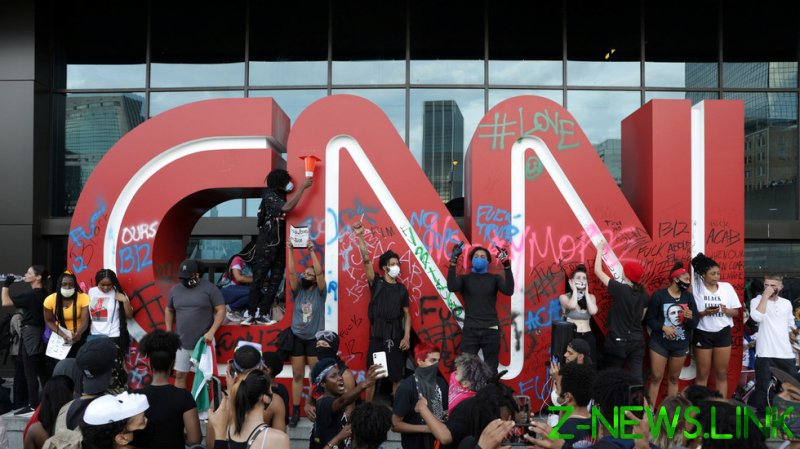 “There are safeguards in place,” CNN media reporter Oliver Darcy told ‘Reliable Sources’ host Brian Stelter on Sunday. “Unfortunately, human error is still at play, and news organizations sometimes do get burned like this.”

Darcy was referring to the latest correction debacle involving multiple MSM outlets that supposedly confirmed each other’s anonymously sourced reports – only to later issue corrections admitting that their central claim was completely false. The New York Times, NBC News and the Washington Post said on Saturday that their reports claiming that US law enforcement had warned Rudy Giuliani and One America News that they were being targeted by a “Russian influence operation” were not true.

The false claim was so integral to the story that correcting it was not as simple as changing a name or recasting a sentence. “The premise and headline of the article below have been changed to reflect the corrected information,” NBC said in its correction.

Stelter lamented that “a bogus report of this magnitude” tars all mainstream outlets and allows “bad-faith actors” to lump them in with less credible outfits. Darcy argued that “responsible” media outlets set themselves apart by correcting their mistakes, whereas publications such as the New York Post avoid admitting their errors.

“Sometimes, it seems like they are intentionally promoting falsehoods and moving on, some of those folks in MAGA media,” Darcy said.

The Post last week removed an article from its website that said copies of a children’s book written by Vice President Kamala Harris were being put in the welcome kits given to migrant children being held at a shelter in California. In an updated version it issued a correction, saying it turned out there was only one known copy of the book at the shelter.

However, it was the New York Post that broke bombshell news last October, reporting on alleged influence-peddling by then-presidential candidate Joe Biden and his son, Hunter, after obtaining emails from a laptop that the younger Biden had allegedly left at a repair shop. At the time, with the presidential election just a couple of weeks away, CNN called the reports “dubious” and cited anonymous people saying that “US authorities” were investigating whether the Hunter Biden emails were part of a Russian disinformation campaign.

Then-Director of National Intelligence John Ratcliffe said there was no connection between Hunter Biden’s laptop and Russian disinformation, but only later did the likes of the New York Times and the Washington Post admit that the evidence-free conspiracy claims were apparently false.

The Washington Post has had its share of falsehoods lately. In March, the newspaper corrected a January story accusing former President Donald Trump of pressuring a Georgia official to help overturn the election’s result. The Post admitted that it had misquoted the official. In fact, it said that claims Trump urged the official to “find the fraud” and that she would be a “national hero” if she did were completely false.

CNN technical director Charlie Chester suggested that such “mistakes” weren’t accidental – at least at his network. Chester was shown on video telling an undercover Project Veritas reporter that CNN’s main focus was to help oust Trump from office through propaganda and that it purposely fearmongered about Covid-19 to boost ratings. He added that CNN also endeavored to make Black Lives Matter look good, a task made more difficult by the group’s conduct.

Glenn Greenwald, the journalist who helped break the Edward Snowden NSA scoops in 2013, said MSM outlets are able to “independently confirm” each other’s false reports because their meaning of “confirm” is misleading. Rather than confirming that a report is true, they merely get the same anonymous source to make the same false claims to them.

“It’d be one thing if this were some rare occurrence,” Greenwald said. “The opposite is true. Over and over and over, these same big corporate outlets purport to have ‘independently confirmed’ one another stories that turn out to be totally false. Is that trustworthy?”