Home / Society / Under the amended Constitution, discovered the groundwork for pension reform

Under the amended Constitution, discovered the groundwork for pension reform 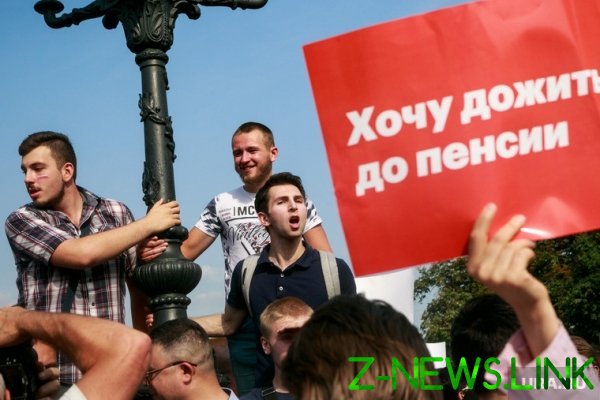 The amended Constitution is the amendment that allows you to start a new pension reform. We are talking about the duties of children to care for their parents, which is now enshrined in the basic law. Respondents URA.RU economists believe that such an amendment would help to justify a new increase of the retirement age.

In the new edition of the Basic law for the first time recorded that adult children’s responsibility to care for their parents. In paragraph W.1 of article 72 of the document States that the jurisdiction of the Russian Federation and regions is “the creation of conditions for worthy education of children in the family, as well as for adult children responsibilities to care for their parents”. In the previous text had stated only that able-bodied children should take care of their disabled parents.

The Chairman of the Council on human rights under the President of the Russian Federation, member of the working group on amendments to the Constitution Irina Kirkor admitted to the Agency that the amendment was controversial at the stage of discussion within the working group. Details she revealed.

A new principle of relations between the state and society can be implemented in the next round of pension reforms, says the Director of the liberty Institute Fedor Biryukov: “Here [the new amendment] used the Chinese experience, where the entire burden on the maintenance of the elderly parents falls on the children.”

Legislative development the new provisions will enable the authorities in case of need caused by the crisis, to justify the abandonment of the policy of the welfare state, the economist, member of the Stolypin club, Vladislav Zhukovsky. As a final example, Zhukovsky called the Ministry of labor plans to take contributions from the salaries of Russians in the Fund of unemployment insurance. He predicts a return to the agenda topics of the new pension reform, talking about the recent remarks of the deputies of the state Duma Svetlana Zhurova (said that friends beg her to raise the retirement age), and Gennady Onishchenko (explained why it is necessary to increase). “Soon we will hear talk about the need for a new increase of the retirement age. I think it will happen after the elections in the state Duma”, — says the economist.

Economist Vasily Koltashev, in contrast, believes that the amendment on the liability of children for their parents is a purely evaluative in nature and will not lead to the refusal of the authorities from the welfare state. Leading expert of Institute of modern development Nikita Maslennikov added that the government will now be forced to create conditions for the implementation of the new constitutional norms: “we Have a maternity capital. Why not enter the parent capital?”

Finally the essence of the amendment will be clear after its development in the legislation, said Fyodor Biryukov. However, according to the Chairman of the Committee on state building, Mikhail Yemelyanov, the state Duma has not yet begun work on its detailing. According to the Deputy, the new rule will necessitate a change in the Family and Civil codes and Code of administrative offences. Emelyanov expects to introduce in the state Duma of the relevant legislative initiatives in September and October.