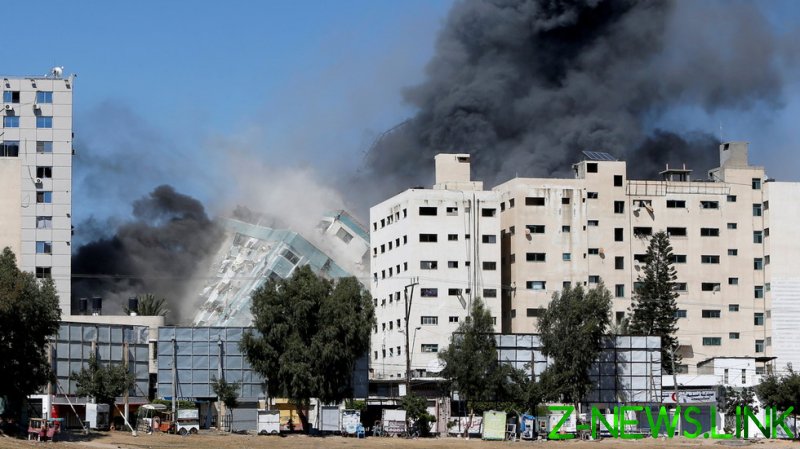 “The Secretary-General reminds all sides that any indiscriminate targeting of civilian and media structures violates international law and must be avoided at all costs,” spokesman Stephane Dujarric said in the statement on behalf of Guterres.

Guterres was particularly “dismayed by the increasing number of civilian casualties, including the death of ten members of the same family, including children, as a result of an Israeli airstrike last night in the al-Shati camp in Gaza, purportedly aimed at a Hamas leader,” he added.

While Guterres said he was “deeply disturbed by the destruction by an Israeli airstrike today of a high-rise building in Gaza City that housed the offices of several international media organizations” – including the Associated Press and Al Jazeera – the IDF insisted that Hamas was also using the building for “intelligence gathering” and that it had thus become a “lawful military target.”

Prime Minister Benjamin Netanyahu shifted all the blame for the deadly spiral of violence on Hamas in a Saturday night address, accusing the militant group of committing a “double war crime” – all while Israel is “doing everything possible to protect our civilians and keep Palestinian civilians out of harm’s way.”

“We demonstrated this yet again today when we warned civilians to vacate the building used by the Hamas terror intelligence,” Netanyahu said.

While the journalists were indeed given just enough time to evacuate, but not save their equipment, many others over the past five days were not so lucky. Even though the IDF often warns of incoming strikes by ‘knocking on the roof’ with non-explosive or low-yield ordnance, their nightly raids so far claimed at least 145 Palestinian lives, including 41 children, while the number of those injured has exceeded 1,000 people.

At the same time in Israel, at least 10 people perished, including two children, as Hamas launched nearly 3,000 missiles over the past week, according to the IDF. The military has argued that the perceived disparity in casualties between the two sides does not mean it was striking Gaza Strip indiscriminately, but rather proves that the IDF and its Iron Dome missile defense system is operating at an “incredible level.”