‘Ultraviolent’ Korean Netflix hit ‘Squid Game’ should be BANNED from screens over gory violence, 1 in 4 Russians say in new poll 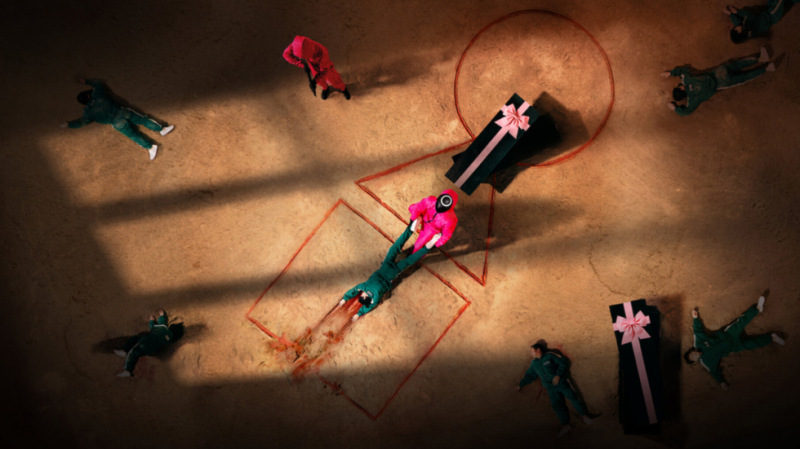 On Monday, the Russian Public Opinion Research Center published a poll of 1,600 people from across the country. Of those questioned, Russia’s older generation, in particular, said they believed the cruelty displayed in the South Korean hit series could incite violent incidents in real life. Some supported the idea of banning the series completely.

Known for its tense atmosphere, gripping scenes, and violence throughout, ‘Squid Game’ is centered around the idea of recruiting desperate, indebted citizens to take part in a series of children’s games for money, all for the amusement of anonymous mega-rich international masochists. However, if the competitors fail a challenge, they are killed.

It quickly became Netflix’s top-ranking show in multiple countries within days of its release, and is on course to become one of the most popular productions of all time.

The new poll revealed that 47% of Russians had heard of the series and 8% were well aware of it, with a higher proportion of younger people and urban residents saying they were familiar. Of those who knew of it, only around one in three had watched more than one episode, while 10% had switched off after the first. Almost half hadn’t watched it and had no intention of doing so.

Some believe the scenes of cruelty and violence depicted could provoke copycat occurrences in real life, with 40% of those who knew about the series saying this was possible and 57% considering it unlikely. The majority of those who thought it unlikely were young people.

The craze evoked by the series has now reached Chinese micro-video app TikTok. Users across the platform have been suggesting their strategies for successfully passing each round, some filming themselves dressed up as characters.

‘Squid Game’ has been branded “ultraviolent” and “twisted” by many media outlets, with the UK’s Daily Mail labeling it one of the goriest shows on TV.