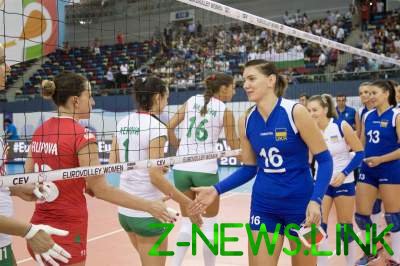 Ukrainian women’s team in volleyball at the tiebreak lost to Bulgaria and worsened their chances of reaching the play-offs of the European championship.

Ukrainka during the first set, double-lead “+3”, but couldn’t hold the advantage. In the end the party of the opponent twice played confidently at the reception and did not allow Ukraine to return to the game.

In the second set, Bulgaria never led in the account – Ukrainka fully controlled the party, and naturally equalized. In the third set when the score was 23:23 Ukrainka twice successfully played on the block and was one step away from a crucial victory.

Unfortunately, forces at the end of the national team of Ukraine is not enough. The team began to prevent impermissible error, stopped working the unit is completely collapsed an attack. The final two sets Bulgaria won with a total score of 40:15.

Final match of the group stage of the European championship the national team of Ukraine will hold on Monday. A team of Gary Egiazarov will play with a strong team of Turkey, which tonight will play with Russia.